Does your neighbor’s dog love to eat his own poop? Or worse, is Fido starting to show this trait as well? Why do dogs eat their poop? This is a very disgusting and unpleasant sight, isn’t it?

This particular habit is often referred to as coprophagia. It is natural for dogs to sniff other poops in order to find out or read who has taken a specific territory. However, there are dogs that can go extreme as they consume the poops altogether.

So, the million dollar question now is, why do dogs eat their poop? It has been found out that there are a lot of reasons why some dogs resort to such a disgusting habit. Here are five of the most famous theories regarding poop eating.

Why Do Dogs Eat Their Poop? 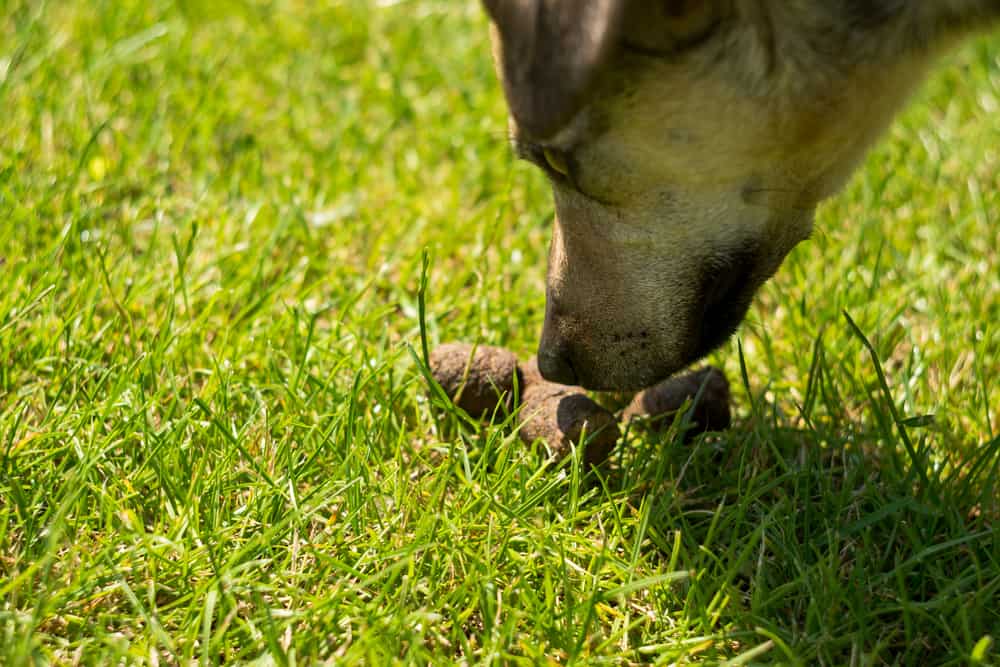 Eating poop may actually be related to stress or boredom. It specifically applies to dogs which are often excluded from the family life, which makes them lack human attention or affection. Normally, these dogs are those which are under stimulated or exercised that is why they resort to habits like spinning in circles for hours, pulling their own fur and eventually, eating their poop.

A dog which has developed the habit of eating its own poop is naturally lacking in terms of his nutrition. The food he gets at home is probably insufficient in vitamins and nutrients to the point that the poor dog would rather eat his poop or that of other animals.

The poop eating behavior of a dog could actually come from their natural instinct of being carnivores or scavengers. It is typical for scavengers to eat the whole carcass of an animal they killed which include the digestive tracts which contain poop.

Dogs which have been improperly house trained also tend to eat their poop as their way of trying to conceal or to hide their wrong behaviors. It is common to dogs which are usually punished every time they make mistakes.

Flat worms and other kinds of parasites can rob the nutrients and calories from your dog’s digestive tract and stomach. Dogs that have worms will naturally have a more voracious appetite in order to support the parasites living in their stomach. Infected dogs will also turn even to eating poop just to satisfy and meet the needs of the parasites inside them.

Aside from the theories mentioned above, nursing dogs also eat their puppies’ poop in order to ensure that the den area remains clean and also to hide the puppies from possible predators. Puppies also eat their own poop since they emulate their mother’s behavior.

Eating poop or coprophagia in dogs can be a very disgusting habit. However, instead of scolding your dog or giving him punishments, it is best to know the real reason why do dogs eat their poop in order for you to address the condition properly without bringing more harm to your pet.

Here’s a video shows you how to stop your dog from eating poop: