If you’re a dog owner, you cannot help but noticed that dogs roll in poop and some smelly things. You’ll most likely have been in this situation that you’re having a good walk with your dog when it starts rolling over like a puppy.

Once you call your dog back and he smelled so bad, it can be annoying, especially if you have to take him inside your car. But, why do dogs roll in poop?

Well, no one knows for sure, yet there are some theories regarding this behavior. 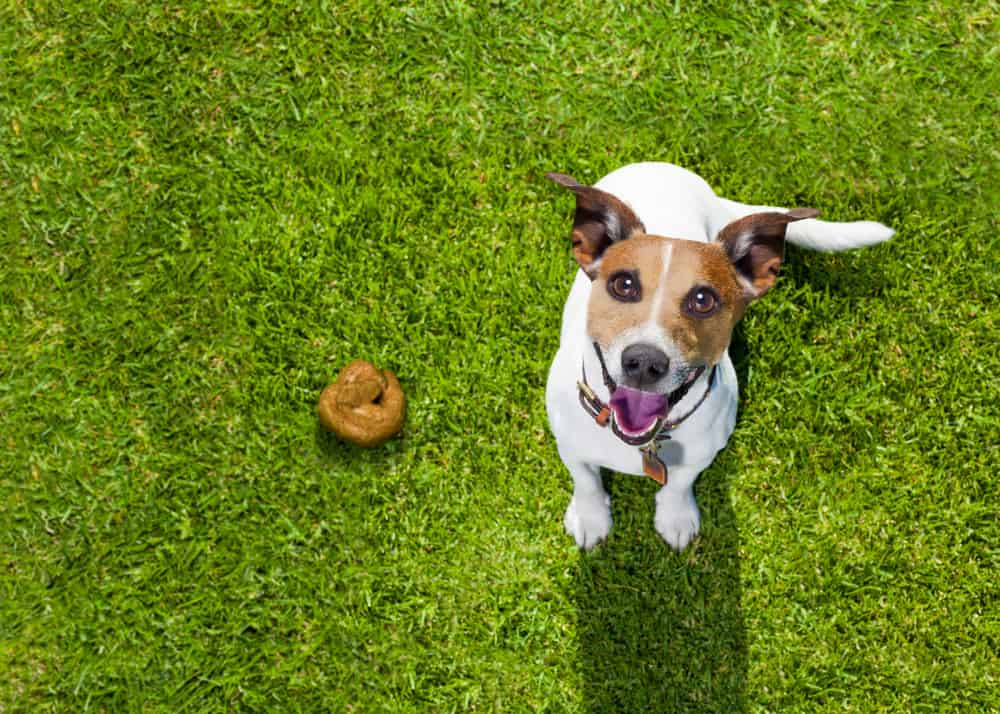 Why Do Dogs Roll In Poop?

It’s one of the theories that suggest this behavior is an instinctive one that stretches back to wolves. If an animal is hunting, it likes to disguise its own distinctive smell so it won’t alert its prey before getting within the striking distance.

It makes sense in as much as kind of poop they tend to roll often is from herbivores. This activity is also common for female dogs and younger dogs, yet even if the theory might hold some water, it might not be the only reason.

Another reason why dogs roll in poop is that it wants attention from their owners. While it’s true that dogs habitually roll in its own poop, some dog owners don’t really think that they just want attention.

Advertising to the Pack

It’s the theory that suggests that dogs who find a dead animal roll in it to advertise or tell the pack that it has found a source of food. Whether it’s an altruistic pack behavior or not, other experts can’t still explain it.

See this video to learn why do dogs roll in poop:

What Should You Do When Dogs Roll in Poop?

There are many things you can do when you see dogs roll in poop. But, the most important thing that you should not do is to scold your dog or get angry with his actions.

Regardless of the reason why dogs roll in poop, the dog’s doing something that’s natural and confused by your admonishment.

In addition to that, if the dog is rolling in its own poop to get an attention, scolding can result in either good or bad. One thing you should try is finding a dog shampoo that doesn’t have any scent and figuring out if it cures the problem.

If your dog is rolling in poop consistently, there might be something wrong with his behavior. So, to resolve this problem, you should get to the bottom of this behavior for you to lead your dog out of it. The first thing you should is to invest in hiring an expert or a guide that will cover this behavior problem.

You may also consult your veterinarian about the best solution for this kind of behavior. You have to remember that not all dogs are the same and there are many reasons behind why dogs roll in poop. Some dogs even eat their own poop and cat poop.

You should also do your homework for your pet, so you’ll be able to understand more about this behavior.