Why do dogs lick their paws? There are various reasons to explain this particular paw licking behavior. Before you start correcting or punishing your dog for its constant licking habit, it is a must to try to figure out and identify the cause first.

Why Do Dogs Lick Their Paws? 3 Primary Reasons: 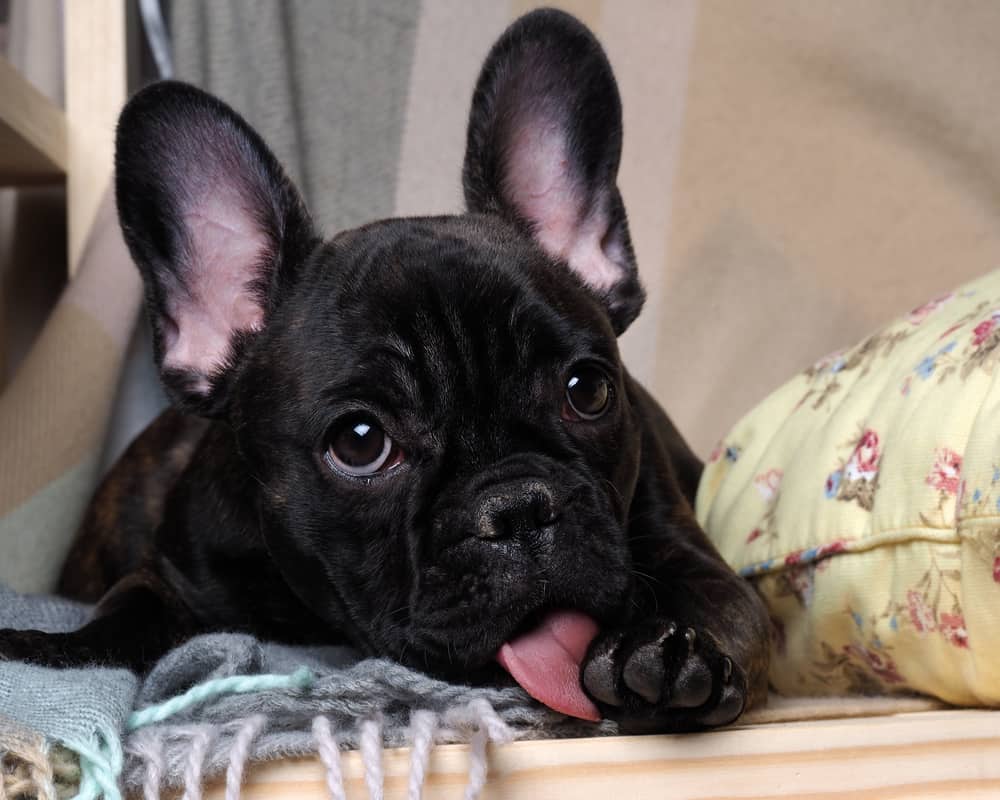 A very common cause as to why do dogs lick their paws is because of allergies. Allergies can either be caused by the dog’s diet or the environment. Try to observe if see when the licking corresponds to a specific time or season. This will often tell you that the reason behind the licking is the environmental allergy.

When the licking happens all year round, it would be worth to see if your dog has food allergies. The most practical way of doing this is by implementing a new diet for your dog and see if his licking stops. Another step to rule out allergies is to discuss with your vet and find out if they have any recommendations.

Pain in Paws or Parts of His Body

Also, a common reason which can make your dog constantly lick his paw is if he has pain either in his paw or other parts of his body. Most dogs which feel pain in any part of their body tend to lick their front paw continuously as a means of coping with the pain.

It can be a bit difficult to identify because dogs are good when it comes to hiding their pains yet it happens and this is something that you would have to discuss with your vet.

The third reason that explains the paw licking behavior of dogs is when the habit has become a behavioral issue instead of a health problem. The dogs which lick their paws as a result of behavioral conditions are often frustrated and bored and licking their paw is a manifestation of the boredom they feel.

If you suspect that this is what your pet is going through, it is vital that you start giving your dog with more mental stimulation and physical exercise during the day to help calm his brain. Not every dog that suffers from frustration and boredom are dogs with high energy so you should not rule out the possibility just because your dog seems to be calm on the outside.

What Can You Do If Your Dog Excessively Licks His Paws?

You will observe dogs that lick their paws until all their fur is gone and there are already hotspots that developed without any medical cause to explain them.

You can discuss with your veterinarian about training plans for your dogs which can focus on designating them with a task that will give them some sense of purpose every day. This way, when they lay down by nighttime, their brain will be calm enough that there will no longer be a need for licking.

Other than going to vet, you can also try the way in the video teaches you how to stop your dog licking paws naturally:

By catching on the problem of paw licking early on, it will be easier for you to address the condition instead of taking it for granted and letting it occur for years, something that can make it turn into a serious problem.