A lot of people are wondering why do dogs hump. The main reason is simple. Your dog is doing this simply because of hormones and because they’re allowing it to happen. Just training with your dog, you can quickly get rid of this problem.

Why Do Dogs Hump? 5 Reasons Why 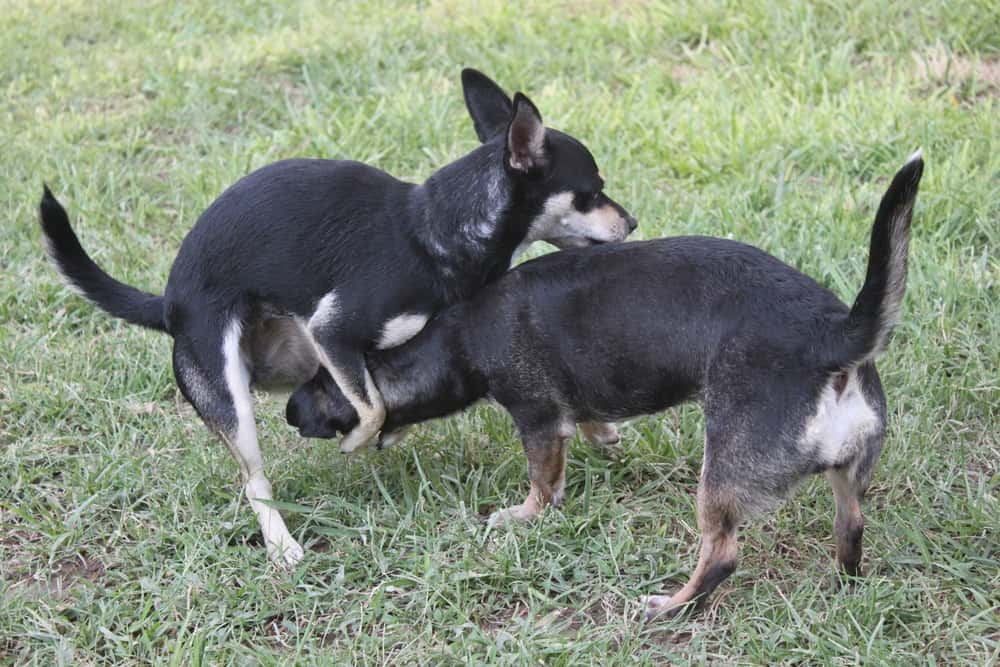 Humping or also referred to as mounting is what male dogs do when mating. Female dogs do this, yet less often. In addition to that, dogs mount furniture, people’s legs, and toys for some reasons.

Dogs will hump and mount other dogs and animals from different positions, objects, and human legs without a care around them. There are times that they can hold on for upwards of twenty to thirty seconds and just jump or slide off away and size does not matter for them.

While most humans feel embarrassed whenever they see their dogs hump in public places, this dog behavior is actually part of their behavioral repertoire. This behavior first appears early in the dog’s life, especially during play. Humping must not be considered as an abnormal behavior pattern.

While mounting is known for the reproduction process, it also happens in most emotional states and contexts. Dogs mount whenever they are excited and when they’re anxious and stressed.

Mounting is also described as a displacement behavior, which only means that this is a byproduct of conflicted emotions. For several dogs, new visitors to the house might elicit a combination of stress and excitement that could make them hump.

Other experts also said that humping has something to do with dominance. In a recent study, it was said that humping might be part of the set of behaviors associated with aggression including resource guarding, high posture, direct stares, standing over, and threats. However, mounting does not indicate a status concern. It doesn’t mean dominance most of the time, though it seems a sign of being dominant for dogs.

Now you know why do dogs hump, how to stop your dog from humping?

If you’re concerned about your dog’s humping behavior and you want to know the ways to stop it, consider these following:

Those steps will work for the reason that quick and instant correction teaches your dog that his action won’t be tolerated, though it’s part of dog’s behavior.

This video shows you how to stop your dog’s humping:

If you have tried everything and you can’t still stop your dog from humping, the best solution is to ask for professional assistance. You can hire a professional who can help you control this kind of behavior.