Dogs are furry friends considered as part of the family. As a responsible pet owner, it is important to ensure that your pet gets the nutritious foods he needs to ensure better health. It will help prevent diseases, not to mention that it will also prolong your pet’s life.

But, are you sure that you really give your dogs food which can meet their nutritional requirements? Sadly, many commercial dog foods are deficient in terms of fundamental nutrients. 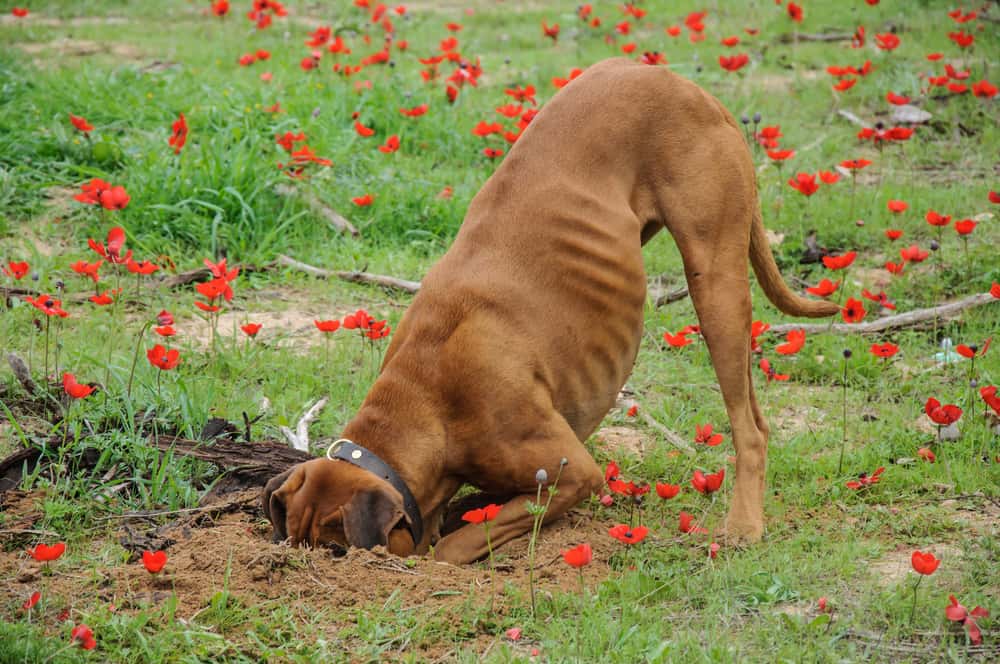 Why Do Dogs Eat Dirt? Is It A Sign of Trouble?

Based on theories given by the experts, lack of fundamental nutrients is among the biggest reasons why do dogs eat dirt. It could be very frustrating to see your dog eat dirt, especially when you know that you are giving him all the food he needs.

This particular behavior of your canine friend can be very perplexing. It is a must to understand all the possible reasons behind such a peculiar attitude since this can pose some dangerous consequences to the health of your dog.

Eating dirt can lead to parasite infestation since your dog will definitely get intestinal worms. Pesticides found in the dirt can lead to dangerous poisoning. It is also very possible to have canine parvovirus infection.

Dogs are extremely intelligent animals and they have this uncanny ability which is definitely more superior compared to humans. A dog could have a properly balanced diet. The owner could give high quality dry and wet food but the digestive system of the dog might not be able to absorb all the nutrients which come from the food.

Similar to the earlier case wherein the food lacks in nutrients, the dog is going to scavenge dirt to fight off the nutrient deficiency.

Pica refers to eating of the nonfood materials. It is often a sign of anemia. As stated, the food does not have enough nutrients and the dog is driven to eat dirt in order to supplement the particular deficiency.

Eating things that lack any nutritional value could be a sign of a hungry dog. The food that the dog gets is insufficient and they will be forced to feed on dirt instead as a way of filling their empty stomach. Don’t forget that dogs love to dig and they have a great sense of smell, making them find something likable which is why they end up eating dirt.

Experts also noted that the act of eating dirt is a form of behavioral issue. It is possible that the dog does not have anything to do and bored and chooses to pass time by eating dirt. It could also be because the dog likes to get his owner’s attention. Obviously, when the dog eats dirt, the owner will fuss.

This video shows you a dog eating dirt in action and why does he so:

Your Dog Eating Dirt Should Serve As A Wakeup Call

These reasons on why do dogs eat dirt should serve as a wakeup call for all owners to encourage them in giving a higher quality of food for their pet and give them more attention at the same time.