Dogs are no doubt the cutest pets but there are times when these furry friends can also be the craziest! Why do dogs chase their tails? How many times have you seen your dog trying all his might to chase his own tail? Well, it is probably a sight that has amused you countless of times in the past.

Nothing is funnier than watching your pet going round and round in circles as it goes chasing its tail to no avail. But, have you ever wondered why they do it in the first place? Is it really all fun or is there a serious underlying reason to it?

To finally answer this mystery that’s been boggling your mind for the longest time, here are some of the common reasons why dogs love to chase their tail:

Why Do Dogs Chase Their Tails? 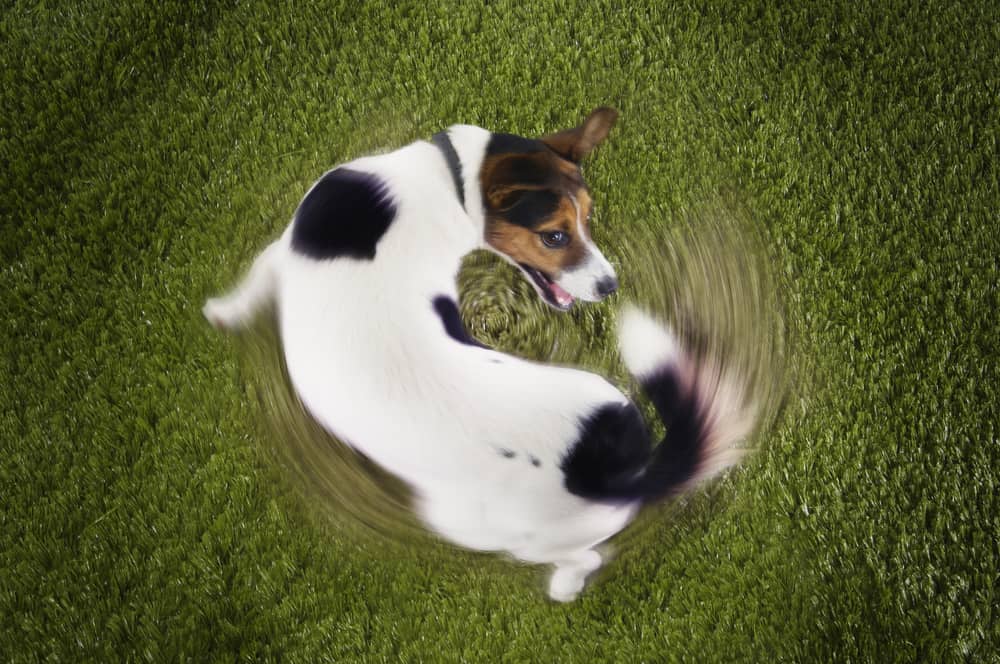 It’s All For Attention

Do you love to watch and laugh whenever your dog starts with the endless chase of its tail? If this act makes him receive such a positive attention, this may urge your dog to do it more each time he wants you to notice or play with him.

There are also instances when dogs end up chasing their tail for the plain reason that they are bored. Think of it as their way of having fun and spending some of their stored energy. It is true, especially for the puppies that may still be oblivious to the fact that their tail is in fact a part of their own body and not just another toy. In general, when a dog ages, this type of play also dies down.

For some inexplicable and hard to understand reasons, breeds such as terriers and German Shepherds have the tendency to engage in the all too famous tail chase compared to other breeds, no matter how young or old they get. It happens even more if the dog has been trapped inside the house for a long time.

There are dogs that can develop a compulsive disorder which involves chasing their own tail. Such types of behavioral issues can be the result of so many reasons like physical abuse, confinement, past trauma or injury, separation anxiety and others, all of which require to be addressed right away.

When your dog compulsively chases his tail, this can make him incur serious damage by biting or chewing on it if he manages to catch it. It has been common for dogs to suffer from hair loss on tails as the result of such behavior, even causing injury to themselves at times.

If you have noticed that your dog seems to be intent on going after his tail a lot of nipping and chewing on it, it might be best that you set an appointment with your pet’s doctor right away. There are instances when dogs chase their tail because they are bothered by fleas or worms or suffering from a different type of medical condition.

At the end of the day, while it is fun to watch your furry companion chasing its tail, too much of it might no longer be a good thing. Consult with a medical professional if something is amiss for your peace of mind. See also why do dogs have tails?