Tapeworms in dogs are internal parasites that live within the intestinal walls of their hosts. It is more common in dogs and can cause mild to severe infections depending on the size of infestations.

Small segments designate them, and they survive by attaching themselves within the linings of the intestines.

It may be difficult to detect the infection during the early stages, but the symptoms appear when the disease is severe. Your dog will become unwell developing intestinal blockages and slower growth.

Puppies usually suffer from anemia leading to death if left untreated. Others may be significantly affected because of compromised immune system.

The tapeworm often breaks into segments once they mature. The size of a single tapeworm may be a few centimeters long and are often visible in dog feces.

The tapeworms are also known scientifically as “Cestodiasis” and come in various forms.

The ‘Dipylidium Caninum’ is one of the most common types of tapeworms. Other species of tapeworms include the Echinococcus, Mesocestoides, and Taenia.

It is necessary to eradicate the tapeworms to avoid the transmission of the infection to people. If your dog is infected with tapeworms, caution your children and if possible prevent them from getting close to the dog until treated. 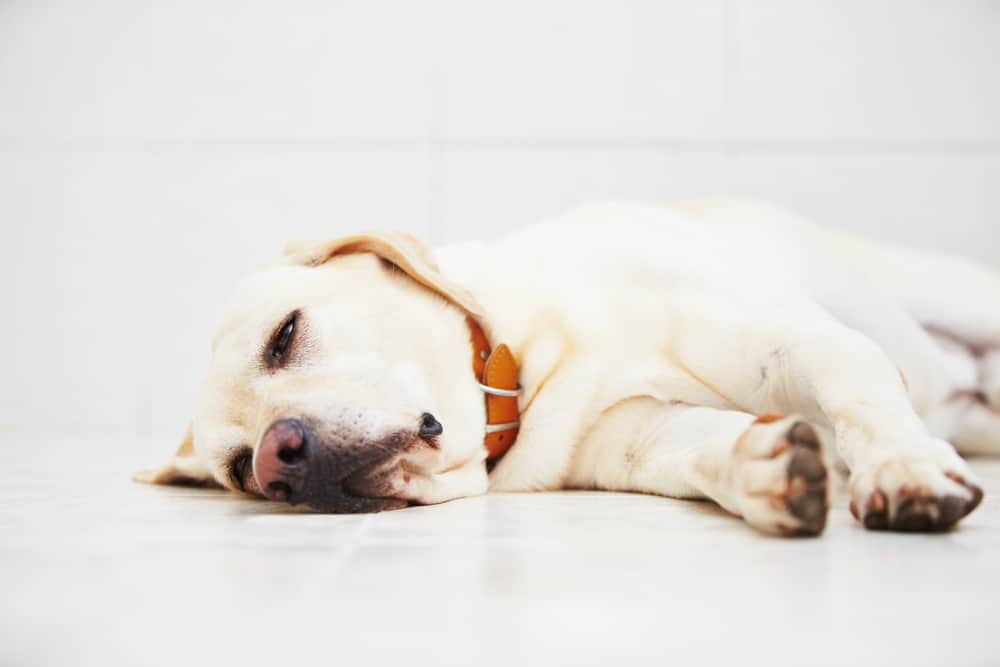 What Are The Symptoms of Tapeworms In Dogs?

The early stages of infestation may never be realized, and your dog would act the usual. Since they reproduce in the system and develop new mechanisms of survival, symptoms may become visible over time.

It would depend on your dog’s age and health status. Dogs with a compromised immune system may show the signs earlier since they are unable to resist the increasing levels of infection.

It is always important to take your dog for screening since tapeworms may cause severe impacts when they grow in numbers.

The early symptoms of tapeworm in dogs is characterized by crawling near the surface of a new waste. They would often rub their behind on the ground or a rough surface because of irritation.

Some segments of the Tapeworms may be seen in your dog’s vomits. They also develop weight loss as a result of a massive infestation of the parasites.

You can also see them in dog feces as yellowish segments. The live segments will be seen moving in feces or dog vomit.

Other symptoms include bouts of gas, restlessness, malaise, dullness and irritability. Severe cases of tapeworm infestation may lead to explosive diarrhea and abdominal pain.

These parasites develop various mechanisms of surviving inside the host and after being released in the environment.

Once you see any of these symptoms, the best way is to visit your veterinarian who administers the best remedies according to the severity of an infection.

What Causes Tapeworms In Dogs? 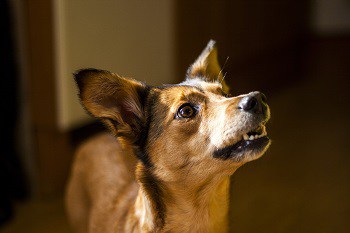 Several causes may lead to your dog contacting the tapeworms. They often depend on an intermediate host for survival.

Some of the intermediate hosts that can transmit the parasite include the mouse, flea and other rodents such as rabbits. Tapeworm eggs are consumed after being released to the environment.

During the grooming process, your dog may take in fleas which are known to be the intermediate hosts of the tapeworms.

The likelihood of tapeworm infestation can also be influenced by the diet and geographical location.

Feeding scraps or hunting rodents are some of the causes of tapeworm in dogs. It has also been proved that they can get the infection from raw or undercooked fish.

Once the adult fleas or tapeworm eggs have been ingested, they travel to your dog’s small intestine where they lay they reproduce and grow in numbers.

Many little segments characterize the mature tapeworm often referred to as ‘proglottids’. They are often long, and the adult tapeworms would measure up to 28 inches long.

The segments of the mature tapeworm would then break off once inside their digestive tract. They are released to the environment in the dog stool, and their cycle continues.

How to Get Rid of Tapeworms In Dogs?

A diagnosis is confirmed by your vet after the tests for tapeworms in your dog becomes positive. It can also be determined by use of the microscope in checking your dog’s poop.

It is not often that the tapeworms are passed in dog feces which would require performing several samples to ascertain the level of severity.

Prescription drugs recommended by the vets may vary and are administered depending on the conditions or level of infestation.

Some of the drugs used in treating tapeworm infection include Fenbendazole, Praziquantel, and Epsiprantel. They can be administered as a shot or given orally as a tablet.

It is efficient and works by dissolving the worms. The resultant effect is that the worms may not be seen in dog feces after the treatment has been administered.

They can be administered as a shot or given orally as a tablet. It is efficient and works by dissolving the worms. The resultant effect is that the worms may not be seen in dog feces after the treatment has been administered.

Your dog may develop a positive tolerance as the product gets to work quickly inside their system. Chances of re-infection may occur if preventive measures are not taken.

It means that the initial treatment has dealt with the current problem, but the chances are that your dog may still acquire the infestation without proper care.

Your vet will book an appointment after few weeks or a month once the initial treatment has been delivered. It is useful in ascertaining the absence of surviving tapeworms and that your dog has restored their full health.

Watch the video to get veterinarian advice on treating tapeworms:

Prevention of Tapeworms In Dogs

Fleas are known to be the primary cause of the infection, and thus you can control them in your home, yard and more so on your dog.

You can always use the flea spray, topical liquid treatments or collars depending on the recommended products by your veterinarian.

Always supervise your dog during walks especially when there are other animals or dog breeds. Clean up the poop from the compound and dispose of them safely.

To minimize the chances of getting affected, wash your hands with disinfectants after playing with your dog in the outdoors.

You can also come up with a deworming plan through the help of your vet. They often give the right prescriptions according to their years of experience in dealing with different problems.