Parasites are common and may affect your dog from mild to severe levels. Heartworms in dogs are known to have a similar effect depending on the number present in their system.

They are also referred to as ‘Dirofilariasis Immitis’. The severity of heartworms will also depend on the longevity of the infestation.

Most dogs are likely to suffer from this disease in places where there is an epidemic of the Dirofilariasis Immitis. The heartworms are normally dominant in places with tropical climates.

It is present worldwide and cannot be specified to emanate from a particular country or region.

The heartworm disease is caused by worms which are a foot-long and lay their residence in the heart of the infected dog. They can also be found in the associated blood vessels and their lungs.

It often leads to lung disease where the level of infestation is high. Other problems that may develop with the presence of heartworms in your dogs’ system include heart failure and damages to most organs in their body.

Most heartworms find dogs to be their natural host. Once they find their ways inside the heart and other organs in the body, they mature into adults, reproduce and grow in numbers.

The numbers usually increase when the condition is not treated in time. The health of your dog is likely to deteriorate with major organs of their body infected with a large number of heartworms.

If detected, it is important to administer treatment early, otherwise, you can always come up with prevention measures. 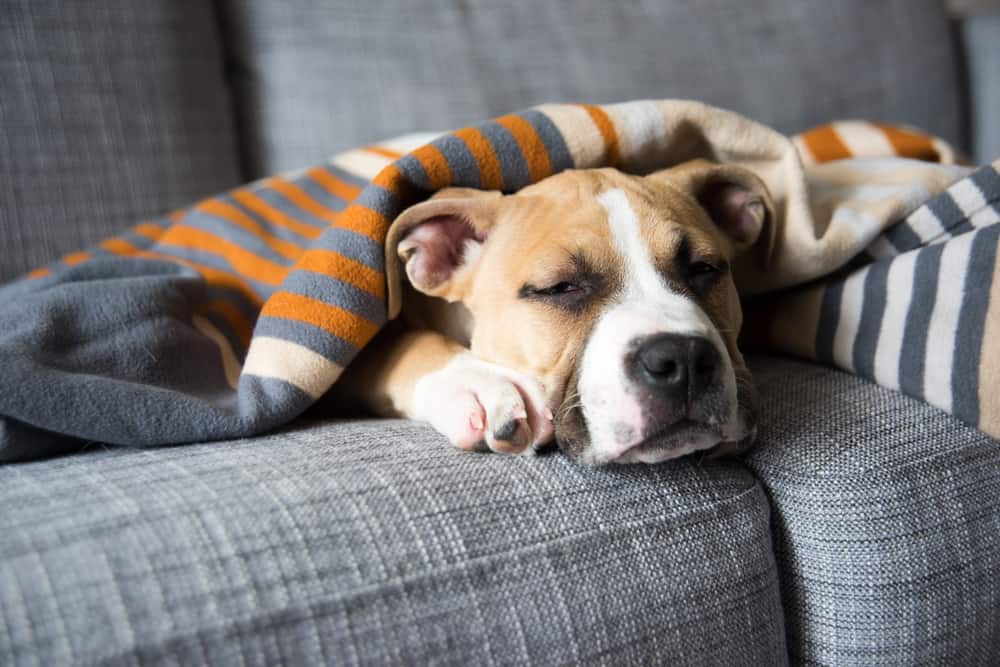 What Are The Symptoms of Heartworms In Dogs?

Heartworms are internal parasites which might be asymptomatic in their early stages of infestation. Your dog may act normally until the numbers of the parasites grow to higher levels.

Symptoms usually develop depending on how long the infection has been persistent. Pronounced clinical signs become visible and it dawns on you that your dog needs medical attention.

Heartworm in dogs is characterized by a decreased appetite and a mild persistent cough. They cough often when the worms are moving inside the lungs.

Dogs may become reluctant to exercise depicted by sluggishness and fatigue after moderate activity. Heart failure is likely to develop as the heartworm disease heightens to severe levels.

Their belly would also be swollen as a result of excessive fluids present in the abdomen. Sudden blockages of the flow of blood may also arise in situations where the worms have clogged the blood vessels.

If it happens within the heart, it can lead to a life-threatening situation often termed as ‘Cardiovascular collapse’.

The caval syndrome is usually characterized by a dark bloody urine, pale gums and breathing problems.

These conditions are usually severe and may and few dogs usually survive having undergone a prompt surgical removal of the worm infestation in the system.

What Causes Heartworms In Dogs? 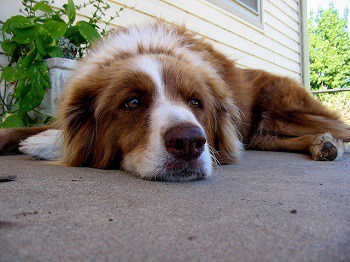 Mosquitos are known to be the major carriers of the heartworm disease. The transmission usually occurs when the mosquito bites an infected animal. As it sucks the blood, it ingests the microfilariae.

During the early stages of the heartworm cycle in mosquitos, the microfilariae mature in their host. The mosquito will then transmit the matured heartworm larvae when it bites another dog.

The microfilariae mix with the host’s blood and travel to their tissues and circulatory systems.

Over time, they find their ways through the vessels before laying residence in the heart and lungs.

Over time, they reproduce and increase in numbers. Their cycle would then continue once another mosquito feeds on the blood of the infected dog.

Although the infestation of worms may affect the liver, heart and the general circulation of the blood in dogs, it mostly affects the lungs.

It is likely to cause inflammation of the lung tissues and bleeding through vessel walls.

The mosquito plays a significant role in the transmission of the parasite and thus the preventive measures should be deployed to minimize the number of mosquitos in your home and their kennels.

How Long Can A Dog Live With Heartworms? 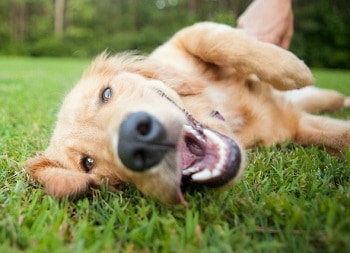 The microfilariae, ‘infective stage’ of the parasite matures for a period of ten to fourteen days once picked up by the mosquitos.

Once the mosquito bites another dog, the heartworm larvae travel to the major organs of the system and may take 6 months to mature into adult heartworms.

After maturity, they can live for five to seven years depending on the rate of reproduction. Most dogs with compromised immune system do not live for long and may be affected with mild to intermediate heartworm infestation.

Their lifespan can be shortened in a situation where the worms cause blockages in the blood vessels.

It is usually difficult for one to determine cases of heartworm infestation in dogs during the early stages since they may not develop any signs. It may take up to five years without treatment or frequent checkups for the symptoms to be visible.

If left untreated, your dog may be living in their last days with a critical level of heartworm infestation. It is always important to perform several diagnostics and laboratory tests once you suspect your dog has the heartworm disease.

See in this video a vet explains the dog heartworms:

How to Treat Heartworms In Dogs?

The first procedure is to confirm the diagnosis and once the results are positive, additional tests should be performed with a different procedure to be certain of the level of infection.

Appropriate therapy would be required to stabilize your dog’s disease before the actual treatment can begin.

This process is likely to take several months in situations where the symptoms of the infestation are severe.

Treatment is then administered once your dog has been determined by the vet to be ready and stable for the heartworm treatment.

Dogs that are asymptomatic or have low levels of heartworms present in their systems would have a higher success rate of treatment since they can be reduced easily.

A heartworm test is usually performed 6 months after the initial appointment to ascertain the absence of the infestation from your dog’s system.

Other than heartworms, your dogs may contract other dog parasites such as fleas, ticks, whipworms, etc. It’s always recommended to visit your vet regularly to do a full body check up.