Dogs have been the best family companions and it has always been our responsibility to take good care of them. Since we play with them more often, it is easier to determine a change in their behavior.

Parasites have been common among all pets and they pose a great threat to your dog’s system. It is always important to detect them early before they spread to higher levels of infection.

Hookworms, also referred to as ‘Ancylostoma Caninum’, are internal parasites that attach themselves to the intestinal linings in your dog’s system. They have developed their name from their mouthpieces which look like hooks.

They feed on the tiny blood vessel that is present in the walls of the intestines. Once they multiply, they pose a great danger to your dog’s health and more often leads to loss of blood causing anemia.

Hookworms in dogs have a lifecycle that is characterized by three stages which include the egg, larvae and adult.

They are usually transmitted through feces and are dominant on contaminated surfaces. These eggs contaminate the environment when they hatch into larvae after passing through the feces.

Before infection, the larvae develop survival mechanisms which enable it to be versatile for several weeks or months.

Their migration to the host involves moving to the intestinal walls where they hook themselves and mature into adults before reproducing.

The cycle repeats several times as the larvae get new hosts and multiply in their digestive systems. 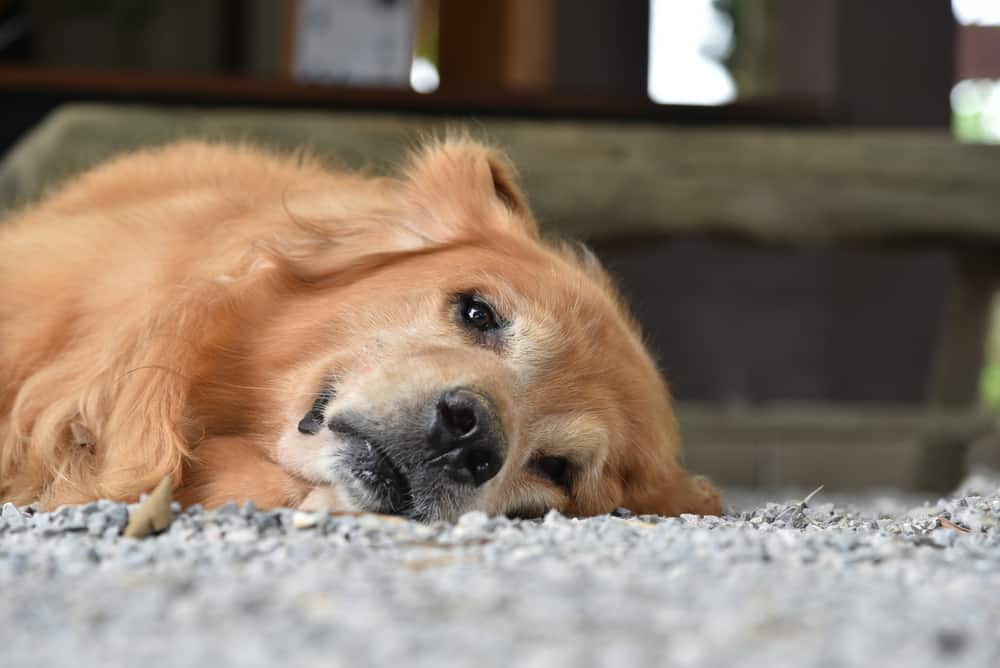 Symptoms of Hookworms In Dogs

It is always important to check for any change of behavior in your dog. They would always behave in different ways, especially when they are restless or feel uncomfortable.

Hookworms are known to cause severe damages to the intestinal walls once they multiply by reproducing in your dog’s system.

They will develop a poor appetite which is often accompanied by weight loss. The lips and nostrils tend to become pale and would also experience a tarry and darkened stool.

You may see your dog coughing sometimes which is brought about by the entry of the larvae into the lungs.

Constipation and diarrhea are some of the gastrointestinal problems that may affect your dog. It may eventually lead to death if medical attention is not administered at the right time.

In humans, the hookworms will manifest on the skin as itchy red tracks. It is caused by the paths taken by the hookworms as they travel underneath the skin.

Other symptoms of hookworms in dogs include itchy paws, pale gums, weakness and anemia which comes as a result of excessive feeding of the blood in your dog’s intestinal linings.

What Causes Hookworms In Dogs? 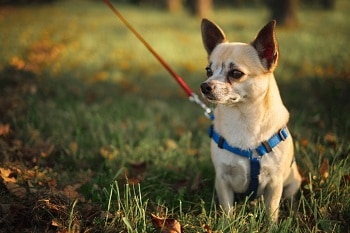 There are several ways in which your dog can contact the hookworms. The unpleasant parasite may find ways into their system through oral ingestion.

It usually happens when they eat contaminated surfaces or by sniffing feces. While grooming their paws, they are likely to acquire the hookworms through direct contact.

Breastfeeding mothers transmit the parasites to puppies through the milk. It can also affect them while they are still in the uterus since the hookworms can always make their way to inhabit new parts of the host.

It poses a great danger to puppies more so in situations where they develop a low immune system to fight against diseases.

Contaminated water is also a major source of the larvae which are one of the easiest ways the parasite can find its way in your dog’s system.

Sometimes they may burrow into your dog’s skin when they lie on soil that is contaminated with the disease-causing microorganism.

You can also come into contact with the hookworms if you do not observe hygienic standards when cleaning the compound of dog’s feces, or drinking contaminated water.

You need to make sure your house is clean. If you’re from Australia, SimplyMaid is your best choice for house cleaning services.

How to Get Rid of Hookworms In Dogs? 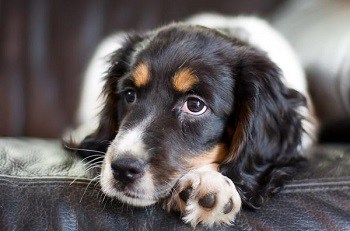 The first procedure involves running a thorough diagnosis to determine the level of severity of hookworms in your dog’s system.

The fecal floating test has been useful in detecting the presence of the parasites inhabiting their intestinal linings. Once the hookworms have been detected after the test, the vet may prescribe an anthelmintic or a dewormer.

The drugs are usually administered orally and are effective in ending the lifecycle of the adult hookworms.

You may need to take your dog for further analysis and treatment after the initial appointment. It can be after two weeks or a month depending on the severity of the infection.

It will be useful in eliminating any traces of the adult which emanate from surviving larvae.

In situations where your dog has suffered from a major infestation of hookworms, a blood transfusion may be necessary depending on the amount of blood lost.

It might result from diarrhea or the parasites that suck blood from the tiny vessels present in the intestinal walls of your dog’s system.

Iron supplementation and a better nutrition may also be necessary to boost your dog’s immunity in fighting against the disease-causing microorganism.

Worm medication may be appropriate for puppies that are two weeks old. You can also ascertain that the larvae have been eradicated after weaning by continuing the medication for the recommended duration.

Prevention has always been the best remedy when it comes to fighting infections. You should first ensure that your dog sleeps in a clean environment.

Do not allow your dog to drink water from external sources other than the clean water you provide in your home.

Always observe your dog for any changes in behavior. It can help prevent further damage to your dog’s digestive tract since it would have been detected and treated earlier.

Always take hygienic measures when cleaning or taking care of your dog. Hookworms tend to be dangerous compared to other parasites in which humans may be immune.

Visiting the vet occasionally may also be useful in treating any infections that may arise. Keeping the environment clean helps reduce chances of their survival.

Avoid overcrowded kennels and allow all dogs to be placed in separate kennels. You can also disinfect the yard and which limits the lifespan of the larvae before it gets to their new host.

This video explains the hookworms in dogs within 3 minutes: