Roundworms in dogs, are referred to as ‘Ascaris Lumbricoides’ and ‘ascarids’, is an intestinal parasite causing the Ascariasis in dogs.

They measure approximately ten to twelve centimeters in length and are likely to grow in large numbers while taking habitation of an infected dog.

They often lead to issues related to gastrointestinal problems and intestinal rupture in severe cases.

Infection usually occurs with the ingestion of larvae eggs from an environment that is contaminated with the parasites.

Screening is always necessary and should be done at least twice in a year depending on the stability of their immune system.

The ascarids are common in dogs and may lead to severe infections depending on the rate of infestation. The roundworm eggs usually hatch once they mature in inside their host.

The adult parasites would feed on the nutrients present in your dog’s small intestines. It causes issues related to the digestive system, and their intestinal walls become damaged over time.

It is common in puppies and deworming may be necessary to minimize the spread of infection.

The roundworms are also known to affect humans, and thus proper sanitation and hygienic measures should be taken while grooming your pet. 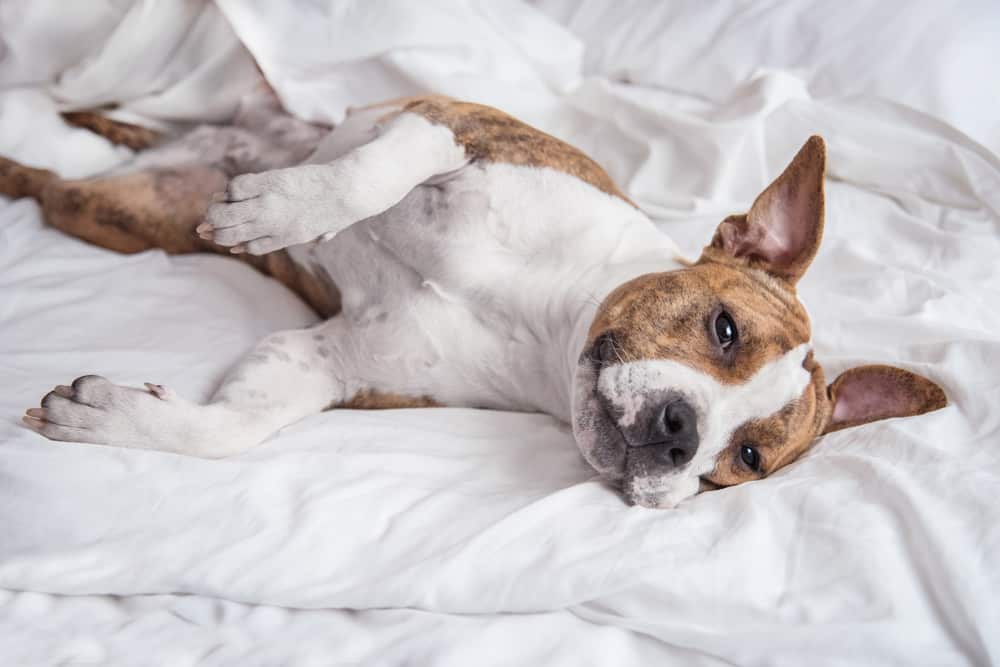 They tend to resemble earthworms in appearance but are more dangerous and can cause critical effects to your dog’s system.

It adopts the patient characteristics and is always persistent once inside the host. They lay several eggs in a day, and once they hatch, they would move to the intestines of the dog which are their ideal ground for feeding.

Roundworms are characterized by a light brown or white color, and they may measure up to twelve centimeters long.

The layperson’s way of describing their appearance is that they look like ‘spaghetti’. They are noticeable in the vomit or dog feces.

The live roundworms in your dog’s poop or vomit may be seen moving which indicates an increased level of infestation.

The Ascaris Lumbricoides can be categorized into two types which are the ‘Toxocara Canis‘ and the ‘Toxascaris Leonine.’

They can be transmitted through various ways with small rodents being the transport host.

The Toxascaris Leonine has a simple lifecycle and can be acquired through ingestion of infective eggs. They will hatch within the small intestine, and the larvae mature to the adult stage.

The female roundworms lay eggs that will be passed to the environment in the form of feces.

The Toxocara Canis has a life cycle that is complicated. They develop high mechanisms of survival, and they can be passed across several generations.

A vet explains some information about roundworms in this video:

What Causes Roundworms In Dogs?

There are several ways in which your dog may acquire the Ascaris Lumbricoides.

They may be infected when they sniff or eat the poop of an infected animal. They may also eat an infected small rodent when they go for a hunt.

Puppies may get the infection while inside the uterus of their mother before birth.

It is important to take your dog for screening if they are expectant, before giving birth to the puppies. It would be useful and can help to prevent the level of infection to the puppies. They can also acquire the worms through the milk while being nursed by an infected mother.

What Are The Symptoms of Roundworms In Dogs?

A change in behavior is the primary ways of determining whether your dog is infected with any disease. They would always be inactive and less playful than before.

Vomiting and diarrhea depict the early symptoms of roundworms in dogs. Since they present in the small intestines as adults, they would cause severe damages and irritation.

The body reacts by expelling them in the form of vomit or diarrhea indicating increased levels of infection. They can also be present in other organs such as the lungs and can be detected through screening.

Other symptoms include lethargy, coughing, abdominal swelling and loss of weight.

Coughing may be as a result of movement of the roundworms that are present in their lungs.

The infection may be asymptomatic during the early stages, and you may fail to know about the infestation until these signs become visible.

How to Get Rid of Roundworms In Dogs? 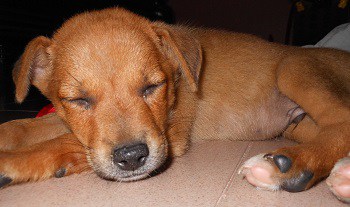 Once you detect the symptoms of roundworm infestation in your dog, the best way is to take them to the veterinarian who will run a fecal test.

The physical examination will determine reported weight loss and a swollen abdomen. The sample of your dog’s poop will be combined with a liquid solution in which the worms float on top of the mixture, indicating the level of infection.

The treatment of roundworms is known to be relatively straightforward. There are several types of deworming drugs that can be administered to kill the adult roundworm.

Some of the product treatments said to be effective include Fenbendazole, Milbemycin, Moxidectin, and Pyrantel.

However, it is important to know that deworming does not extinguish the roundworm eggs.

Treatment may be necessary to treat depending on its duration of effectiveness in the body. It can be done two to three times to get rid of the newly hatched worms or the adult parasites.

Your dog will receive a single initial dose in the three-dose regimen before the next two in a period of one week to ten days.

Deworming may be efficient in puppies for as early as two weeks after birth, and it would also depend on the type of medication. It is essential to follow the instructions with caution if you treat your dog at home.

With the several varieties of medicine available, it is important to know that they will vary with your dog’s age, type of dosage and the schedule of treatment.

Life threatening situations may arise when a dewormer is administered to a young puppy without your vet’s assistance. The instructions given by the veterinarian should be managed correctly to ascertain the eradication of the parasites out of your dog’s system.

Deworming your puppy earlier with the help of an animal health expert can be useful in preventing the roundworm infestation. Clean your dog’s beddings regularly and keep them from feeding on rodents.

You can also run several fecal tests monthly to determine their health status. By doing so, you can also prevent other types of dog worms such as whipworms, tapeworms, hookworms and heartworms.