The Blue Nose Pitbull are known to be one of the dog breeds that are energetic and intimidating.

They differ in character when compared to the Red Nose Pitbull and American Pitbulls. They come in different colors and are known to have a muscular body with sturdy legs that stand firm on the ground.

Choosing a dog breed that is meant to be a family companion primarily depends on determining their behavioral characteristics and ability to cope with the new environment.

The Blue Nose Pitbulls are friendly especially when they go through behavioral training. They are also known to be dangerous because of their attacking techniques. Most people have made them even more fearless by taking them to rings for Underground dog fighting.

Almost all of the Pitbull dog breeds have a masculine structure. However, the Blue Nose Pitbulls standout because they are more energetic when compared to their counterparts. Their enormous sizes tend to develop from the time they are puppies till they attain the full size. See: What to know about blue nose Pitbull puppies?

The Blue Nose Pitbulls are also heavy which means that they need regular training to prevent health issues such as obesity. The Blue Nose Pitbull dogs may become the best family companions when provided with adequate training, love and necessary care.

In this review, we have analyzed everything you need to know about the Blue Nose Pitbull dogs. 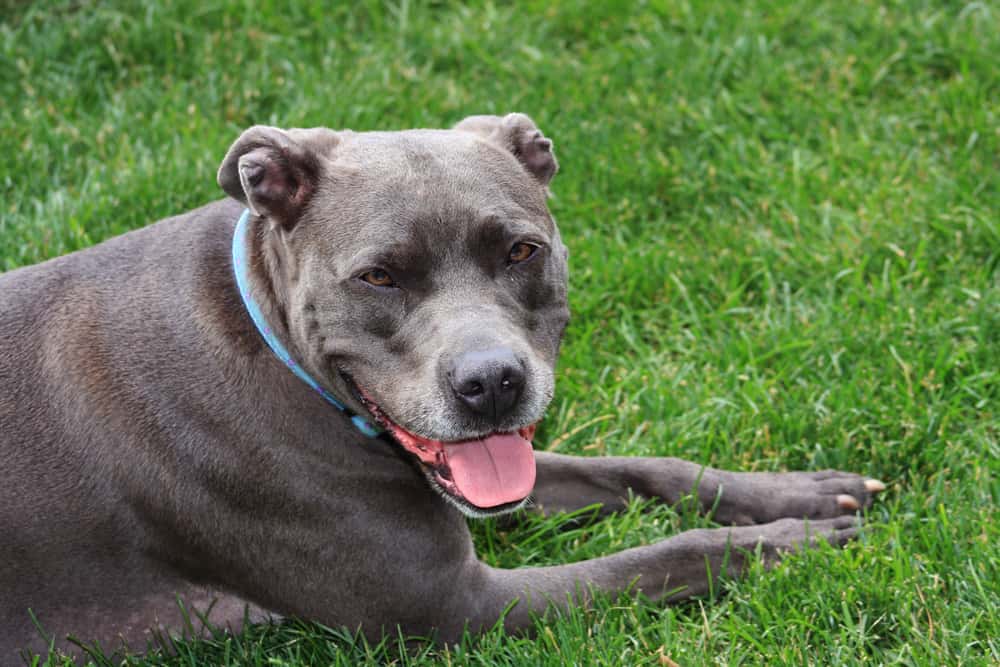 The Blue Nose Pitbulls dog breeds trace their history back to the 19th century where they were used in blood sports. Pitbulls are known to have originated from England, Scotland, Ireland and the United States.

In the ancient times, people used to test their athleticism and attacking techniques in scheduled fights and other events that would see them battling for victory. They also participated in other games such as ‘Ratting’. It involves placing the dog in a pit full of a vast number of rats which led to him acquiring the name ‘pit’-bull.

There are different varieties of the Pitbulls apart from the Blue Nose dog breeds. The Pitbull dog breeds have been in existence for quite a while and developed as fighting dogs. Most of them originated from crossbreeding between the bull baiting dogs and the Terriers.

They later became Catch dogs in the United States following the ban of using Pitbulls in blood sports. Their roles advanced, and they could be used to hunt, drive livestock and eventually became family companions in most homes.

Today, Pitbulls are also used as police dogs since they instill fear with their masculine structures.

The Blue Nose Pitbulls derive their names from their appearance and physique. Some of the names include Blue Pitbulls, Blue Lust, Pitbull terriers and Blue Nose Pits. They also possess similar characteristics to other types of the Pitbull breeds.

Some include the American Bully, Staffordshire bull terrier, Red Nose Pitbull, American Staffordshire terrier and American Pit Bull Terrier. They have a list of endless names given to them which may vary depending on the regions where they are located.

Most owners would call them by their nicknames, and you can always find one that suits him. If you choose to give him a badass name, then see our list of badass dog names.

All Pitbulls are designated by an incredible tone of a masculine structure. The Blue Nose Pitbulls are known to be more energetic and possess unique characteristics from other dog breeds.

Their compact body is made complete as they have a moderate stance that is close to the ground. They have healthy and wider heads and emanate a powerful jaw appearance.

Both the males and female Blue Nose Pitbulls have a weight that ranges from 35 to 82 pounds. The heaviest Pitbulls often weigh more than a hundred pounds. Their height and weight also differ according to the age of the Pitbull.

Most of them range from 15 inches to 25 inches in height. They come in all shapes and sizes both of them characterized by their masculine properties. 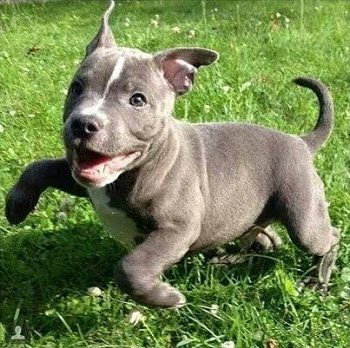 The Blue Nose Pitbulls have received a bad reputation since the ancient times where they were used for blood sports. They are known to be fierce and intimidating which instills fear in most individuals. Their masculine physique makes them stand out among other dog breeds.

They are known to be highly aggressive if not given proper training. Although they can be used as family companions, he does not always tolerate being confined for longer periods unless you started growing him as a pit bull puppy.

The Blue Nose Pitbulls will always follow their owner if you possess the pack leadership traits. If you do not offer them adequate training, they tend to be stubborn and may come up with their rules. It is advisable that you take him for behavioral training to become obedient to your commands.

They also possess human-like emotions and can be friendly to both the kids and other members of the household. The Blue Nose Pitbulls are known to create a long lasting bond with anyone they know as family. They are also protective and keen to detect danger or any life threatening situations.

The Blue Nose Pits can also tolerate high pains the fact that they have been participating in the blood sports during the ancient times. They also extrude strong jaws which induce terror and are not friendly to other dogs or animal pets.

It is advisable not to purchase them if you have other dog breeds in your home since they always want to be dominant. They also tend to use more energy when hunting or training and most often the owner would be struggling to pull back the chain leash while controlling the pit bull.

Like any other dog breeds, the Blue Nose Pitbulls are prone to frequent illnesses. Some of the potential problems that are likely to arise include cataracts, Alopecia, Mange, neurological disorders and heart conditions.

Despite their chances of acquiring diseases, they tend to develop a stable immunity system depending on a balanced diet and intensive care. Other illnesses such as heart problems may arise as a result of your pit bull becoming overweight. Higher the chances are that he may be inactive and sluggish when playing or jumping in the field.

They can also be resistant to other health conditions such as arthritis or hip dysplasia. A stable immunity system of the Blue Nose Pitbulls may develop from a younger age while they were still puppies depicted by their robust and masculine physique.

Although it is known to be one of the healthiest dog breeds, they can also develop other health conditions that require medical assistance. If you recognize a change in their behavior or symptoms that indicate a life-threatening situation, it is advisable to visit your veterinarian.

They will carry out a diagnosis and perform several clinical tests to determine the severity of the illness. Taking good care of your Blue Nose Pitbull is essential in reducing chances of contracting diseases.

The Blue Nose Pitbull requires attention, and it is recommended that you understand his features and how he adapts to new people or environments.

He should not be kept indoors at all times as he enjoys a lot of space or an open field where they can play or go for hunting. The Blue Nose Pitbulls are known to have a high appetite, and you can always give them special treats that provide a balanced diet.

Make sure you wash and spray his kennel and beddings to prevent chances of contracting parasites and disease-causing microorganisms. They need to be trained properly as they are likely to become stubborn if left to operate on their rules. Behavioral training is essential as it would make him obedient in following your instructions.

A professional dental cleaning is necessary for your Blue Nose Pitbull to reduce a foul-smelling breath. Always brush his teeth with the products recommended by your veterinarian.

During summer or warm seasons, check for underlying parasites such as ticks or mites that might be hiding under their armpits or other likely areas. A regular visit to the vet may be effective in reducing chances of your Blue Nose Pitbull becoming prone to frequent illnesses. 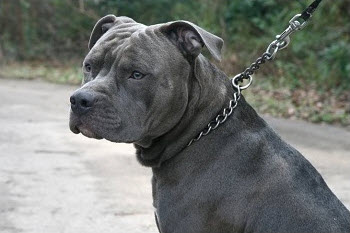 Blue Nose Pitbulls are known to possess strong qualities and therefore should be fed properly to maintain their masculine structure. It is essential to provide them with proper nutrition, and sometimes you can always give them a special treat.

You can feed them on meat which is an excellent source of proteins. Despite the fact that dogs are carnivores, it does not mean that they should entirely feed on meat and you can always combine with other foods.

It not only provides them additional nutrients but also provides a change in the regular diet. Some greens and dry foods that are free from chemicals may work just fine.

You can also use the standalone canned foods and other supplements that meet the daily complete nutritional needs of your Blue Nose Pitbull. Homemade foods such as raw meaty bones and vegetables that are pulverized may be nutritious and add more value to your dog’s health.

This dog breed comes in a variety of colors and has a light coating. Some of the shades of the Blue Nose Pitbull include white, black, fawn and brindle. It is well known to have a broad head with masculine jaws.

It has a lighter coating which requires less grooming as compared to other dog breeds. You can still maintain their coat by performing regular brushing or combing.

Children and Other Pets Compatibility

The Blue Nose Pitbull are known to be aggressive dogs which can be viewed from their facial appearance and the masculine structure. This breed has a bad reputation because of its history as it was used in the blood sports.

Despite all these characteristics, the Blue Nose Pitbull has always been friendly to kids, and they can play with them happily in the outdoors. However, they are quite aggressive when it comes to other pets and most often they would attack if left loose.

This dog breed is best for experts who have handled big dogs before. They require more attention through regular training and observation making it difficult for first-time owners. You should teach your kids on how to handle the pit bull as they are prone to pulling their tails or twisting dogs’ ears.

They were recently referred to ‘Blue Lust’ due to the increased demand for this dog breed. Blue Lust price ranges from $1000 to $3000 and can exceed the range depending on the size or type of Pitbulls. See: Blue nose pitbull puppies for sale

You still have much to experience with the Blue Nose Pitbull once you own him. They have advanced from fighting and are now used for hunting in the woods and a family companion in most homes. It is important to provide adequate training as it will teach him how to cope or behave with people in the new environments.