The Blue Nose Pitbull Terrier is one of the variations of Pitbulls that fascinates dog-lovers. We cannot deny the fact that this type of dog breed is a favorite among breeders.

The Blue Nose puppies are just adorable and make good family companions. However, there are many things we never knew about the Blue Nose Pitbulls.

Here are some interesting facts you should know about the Blue Nose Pitbull Terrier.

Interesting Facts you should know about the Blue Nose Pitbull Terrier: 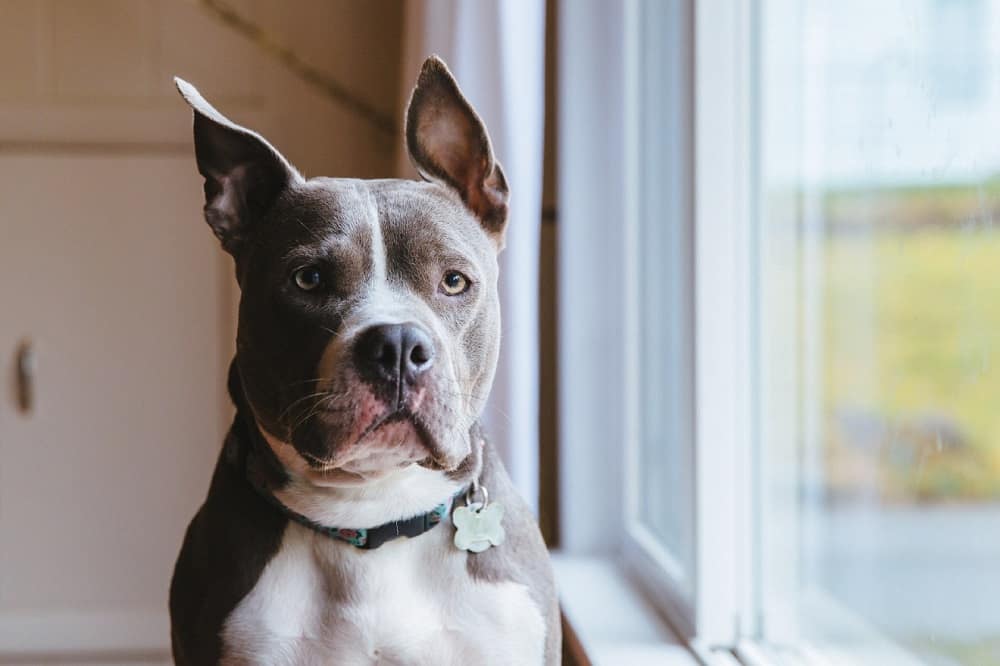 They are not a different kind of Pitbull breed

Most people mistake the Blue Nose Pits to have a different bloodline from other Pitbulls.

What only differentiates them from other Pitbulls is that they have a blue nose and the color of their coats also possess a similar color blend. If someone says that Blue Pitbull Terriers are a different breed, they are either wrong or just lying.

They don’t actually have a blue-colored nose point

Although you’ve heard them being referred to as Pitbulls with a ‘blue nose’, their skin color is not always blue. It is just the easiest way to distinguish them from other variants of Pitbull. Most of them have a grey color that ranges from light silvery to deep charcoal giving them a blue-like appearance on the nose.

Not all of them will possess the same characteristics. Most of them are considered Blue Nose Pitbulls even if their noses are not blue. No one has an idea of how their nose color changes and should not be considered as imperfect even if they have a different color.

They are prone to diseases

Just like any other animal pets or dog breeds, The Blue Nose Pitbull is also afflicted by various health conditions. Some of the diseases he is prone to include Mange, allergies, alopecia, heart diseases, cataracts, immune disorders, and neurological disorders.

Most of these diseases usually come about by the several attempts made by unscrupulous breeders to achieve Blue Nose Pitbull puppies.

However, these ailments should not discourage you from adopting one because the odds can be reduced by a healthy lifestyle and maintenance.

They are a very active dog breed

The Blue Nose Pitbull is an active dog who doesn’t get along well with breeders who are lazy. Both puppies and adult Nose Pitbulls require lots of exercises with plenty of quality playtime. It is advisable to take them once per day to a nearby park.

You can also engage them in a play around the field or your compound so that he can stretch out his joints. Lack of activity and exercise will affect your dog both mentally and physically. The more they get bored, the more they become dangerous and might also suffer from obesity or lethargy.

They have a bad reputation

Although you might be a fan of the Blue Nose Pitbull, he has always had an unwarranted bad reputation because of his small history.

The Pitbulls would be allowed to fight in arenas as some sort of entertainment sport. These fights might have been made illegal in most parts of the world but their bad reputation was passed in generations and sticks to date.

Others fear the Blue Nose Pitbull Terriers because of their masculine nature and fierce look.

They have a human-like temperament

This dog breed is highly relatable to humans because they possess a broad spectrum of emotions. This is what creates a strong bond between the Blue Nose Pitbulls and most human families.

On the negative side, they are more likely to develop a complex behavior or show some stubbornness if not trained properly or little exercises. A skillful approach towards training shapes their behavior to be kind and loyal to their owners despite their reputation.

They have great jumping skills

The Blue Nose Pitbulls can jump higher than other Pitbull variants. Always expect them to jump at you in affection or when trying to grab something that you have in store for them. A Blue Nose Pitbull also likes playing games such as fetch.

Keep in mind that their extreme excitement when jumping can also be a bad thing. They can break things or can come like a tackle if they are not restrained. Always make him learn the discipline that some actions are not allowed.

They are not a fan of other pets

One thing that you should be aware of before adopting a Blue Nose Pitbull Terrier is that they do not get along with other pets in the homestead.

They have a tendency of attacking other dogs as they like being the superior. It is important to take them through some behavioral training to keep them in good shape with other pets around.

Did you know that Blue Nose Pitbull Terrier usually sweat heavily? It should be normal for such an active dog breed to play hard and sweat heavily with all those exercises and activities.

Other breeds may not be accustomed to bathing but the Blue Nose Pits enjoys this so much. Use a mild pet shampoo when giving him a bath. Once you have rinsed them thoroughly, they will need a nice combing to keep them looking at their best.

They are not good watchdogs

The Blue Nose Pitbull might look fierce and masculine but he is not the kind of dog who is good at doing the watching job. It comes as a surprise since most people would think him to be one of the best at this.

Although he is very loyal, one thing he lacks being protective. However, you can teach them to bark at anyone who is not recognized as a member of the family.

This video also features some facts about pitbulls:

These are some of the facts you have to keep in mind when adopting a Blue Nose Pitbull Terriers. Although they have had a bad reputation since the ancient times, they are still adored by many.

They need to be given affection and attention as they get along well with responsive breeders. Making schedule appointments with your veterinarian can also be a good idea to diagnose some of the underlying health conditions of this dog breed.

Lastly, the Blue Nose Pitbull Terrier is one of the best family companions and has always been a favorite dog for most breeders.