Owning a new badass dog? Dogs are not only considered as a very smart animal but also able to truly understand human being via the expressed emotions towards them. Being labeled as ‘Man’s best friend‘, a vast majority of the global population prefers dogs as the ideal choice for pets.

However, at the very same time, having a dog as a pet is a full-time responsibility. The initial and foremost responsibility is to finalize a name for your dog. Mentioned below are some of the most badass dog names to choose from, for your bold new pet dog. 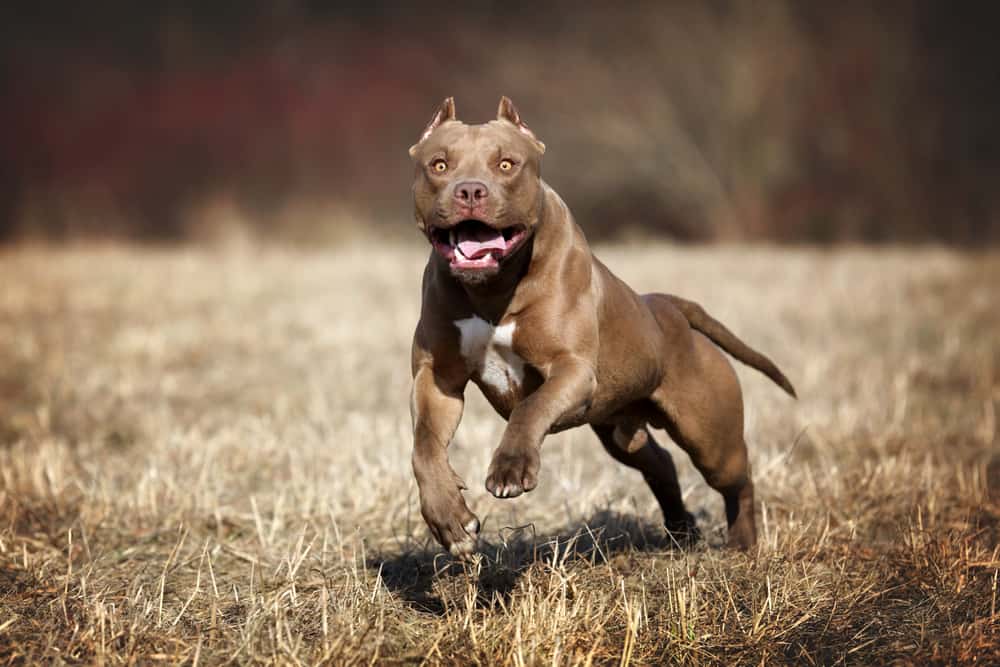 Just read through the list and look for the one that you would like to call your dog:

Wolves are known as fierce, powerful, and majestic creatures. Being one of the most marvelous animals that ever walked this Earth, their names should befit both their beauty, strength, and stature. Read More

Whether you intend to give them a name that honors their ancestry, or simply give them the badass image they rightfully deserve, these are some great wolf name suggestions you may want to consider.

This video introduces you some badass pitbull names for males and females:

To save your time, I’ve listed the badass pitbull names introduced in the video for you:

These are the tough dog names that introduced in the video.

Known as one of the smartest, strongest, and most loyal breed of dogs, German Shepherds have become a popular choice for pet amongst dog – lovers from all across the world. Whether in the park or on the streets, it’s unmistakably regal pose will always stand out.

Which is why choosing a name for your pooch should reflect the way a German Shepherd carries himself – proud , strong, and badass! Read More

Cute, cuddly and loyal to their owners, Chihuahuas are also a favorite of dog-lovers. Although they might look tiny and gentle in appearance, Chihuahuas can also be a badass breed.

From being prone to extensive barking, they can be temperamental at times and when the situation calls for it, they can be pretty scary! Which makes them deserving of nothing less than a badass name. Read More

Below are some examples of badass Chihuahua names which you can choose from.

Despite their usual gloomy mugs, Bulldogs are kind and equable, and known for it’s resolute and courageous attributes.

While its demeanor is often pacific and dignified, there is also little doubt that the bulldog is also one of the toughest and strongest dog breeds that ever walked this earth. They are naturally sweet natured and reserved, but when provoked, bulldogs are a force to reckon with. Read More

If you happen to own a Bulldog pup, we have below a list of badass Bulldog names you can choose from.

Best known as one of the most efficient and powerful dog breeds, the Doberman Pinscher is a highly regarded guard dog.

With it’s a tall, lean, and sleek figure, it can intimidate any intruder that crosses its path. But within that imposing personality is a playful and loyal family pet. Aside from the usual guard roles that these magnificent creatures often assume, they are also frequent role players during search and rescue missions.

Owing to the fact that Dobermans are extremely intelligent and easily trained, they are used nowadays as therapy dogs, supporting people who are going through tough times. How befitting for such a tough dog!

If these facts get you interested in getting a Doberman pup, or if you already have one here are some names you may want to call your little tough buddy. Read More

Here are some badass Doberman names you can choose from.

Deciding to choose a Husky, whether as a sled dog or a new family pet, is a move you won’t ever regret. With crystal eyes and soft fluffy furs, Huskies are no doubt a gorgeous breed. Their strong pack loyalty also makes them a perfect choice for a family pet.

Husky puppies look somewhat like little furballs and are absolutely adorable. Grown ones are known for their undeniable strength, which explains why Huskies make perfect sled dogs.

Considering the many admirable qualities of this dog breed, choosing a name for your husky might need a little brainstorming. The perfect husky name should depict its most significant qualities- beauty, strength, and loyalty. Read More

Below is a good list of badass Husky names you can choose from.

Popularly known as “the Aussie”, Australian Shepherds are affectionate, intelligent and protective medium-sized dogs that were originally bred in American ranches during the 19th century. It’s an extremely loyal breed and a favorite amongst American households.

Despite its gentle nature, Aussie’s have a tendency of losing their temperament if they lacked enough activity to consume their enormous energy. This may cause them to become destructive and bark endlessly!

Oh no! So the Aussie is also badass after all..and what better compliment would be than to give them a badass name! Check out our list below for popular badass Aussie names. Read More

Below is a good list of badass names for Australian Shepherd you can choose from.

Everyone loves Golden Retrievers! Young and old, people from all walks of life adore these gentle giants! You’ll find them practically everywhere.

In homes, in the park, in movies and tv commercials, even your brother’s shirt has a Golden Retriever’s face on it! Because this breed of dog is a favorite family pet, figuring out a good and unique name to call it can be challenging for some.

Well, when choosing names for Golden Retrievers, where exactly should you begin? Should you start with its coat, color, or size? If you decide on that, there are plenty of names you can choose from. But how about choosing a name that is entirely the opposite of its friendly nature?

This breed of dog is famous for being playful, funny and hilarious, and complete joy in the household according to many Golden Retriever lovers. So what about giving it a name that is totally opposite its character? Like a badass name? Wouldn’t that always bring a smile on your face? Read More

Below is a good list of badass names for Golden Retrievers you can choose from.

The mentioned list of badass dog names above is ideal for pet dogs, particularly those which not only look like a complete badass but also behave like one. So go ahead and pick the name of your choice and favorite from the 800+ mentioned tough dog names.