The most astonishing highlights of this dog are its prick ears, curly tail, thick coat, and squinty eyes. Honestly, these cause a dilemma among people: is it a fox, is it a bear, or a stuffed toy? It’s neither! So, what is it? I’ll give you a hint.

This is the smallest and one of the ancient breeds that originated in Japan. It is the Shiba Inu. Despite its size, this dog was initially bred for flushing birds and hunting wild boars.

Who would have known that this small creature would be equipped with such agility, prey drive, and intelligence to hunt for its handlers? But these are not the only reasons why people clamor over this breed. 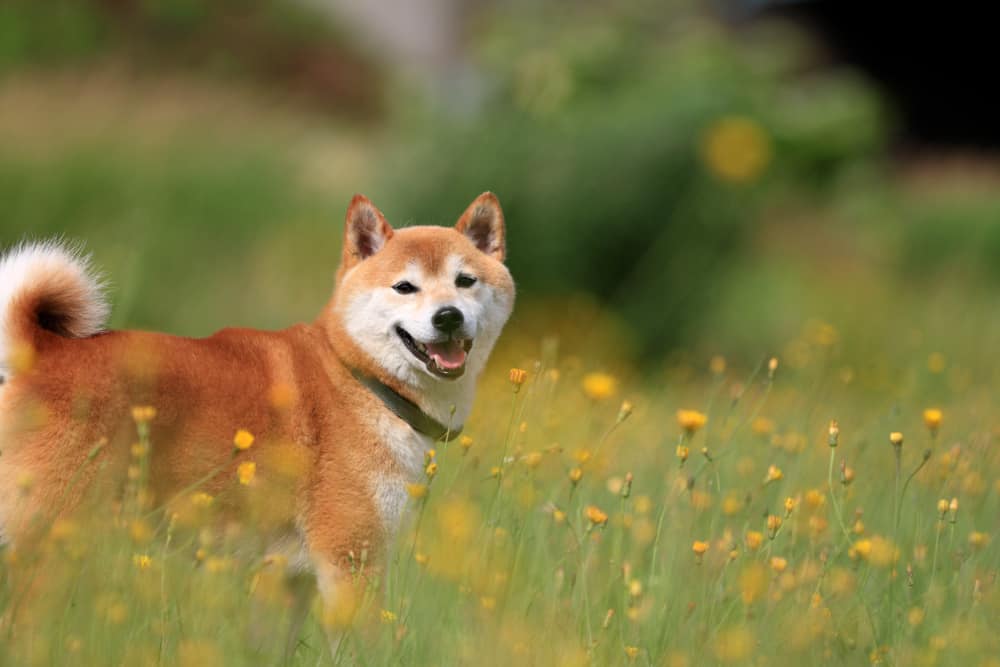 Did you know that the Shiba Inu has been around since 300 BC? Yes! They are one of the oldest dog breeds ever created in Japan. “Shiba” is the Japanese term for brushwood that either refers to the brush in the mountains or the dog’s reddish color. The term “Inu”, on the other hand, means dog.

This breed nearly got extinct during World War II because of a combination of post-war factors such as shortage, diseases, and many more. Luckily, people in Japan took an interest in breeding the Shiba Inu. That’s when their population started to increase. Since then, they have become Japan’s number one companion-animal. Then came 1954 when a military family imported the breed to the United States. Due to its unique characteristics, it’s no surprise it instantly gained popularity.

The Japanese Shiba Inu has many names including Japanese Small Size Dog, Japanese Brushwood Dog, Shiba Ken, and Japanese Turf Dog. Each culture has its own versions of the Shiba Inu name. Whatever the case is, people know how glorious these dogs are due to their talents and history.

To those who haven’t seen a Shiba Inu before, they look like smaller Akitas with a lifespan of 12 to 15 years. The male Shibas grow up to 16.5 inches and weighs around 23 pounds. The females, on the other hand, can stand up t0 15 inches and can weigh about 17 pounds. 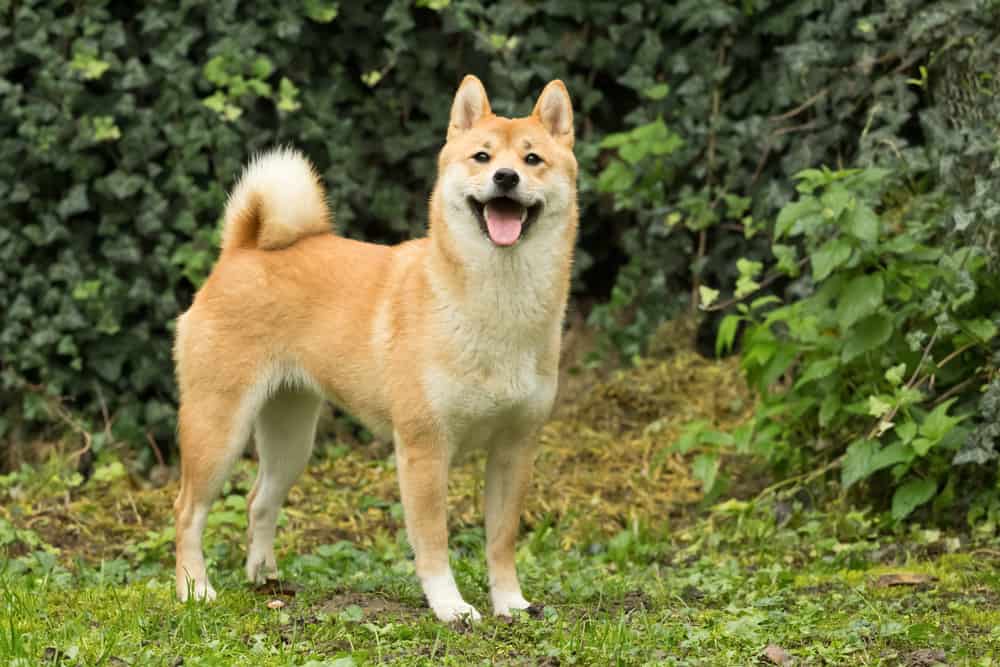 The Shiba Inu dog is well-known because of its fiery personality. The Japanese use three words to describe the breed’s traits. It includes kaani-i, which mean spirited boldness; ryosei, meaning good nature; and, soboku, referring to alertness.

But that’s not all! The Shiba Inu is also a strong-willed and confident creature that can think on its own. This may come as a shock, but this dog has its own ideas about what happens in its environment. However, these creatures tend to be stubborn. Unlike the Golden Retriever who is eager to come when called, the Shiba Inu will only follow you if it’s in the mood.

Its individual-mindedness and assertiveness are two of the most outstanding traits that make them unique. Only a few breeds possess this trait, the Shiba Inu is one of them.

The Shiba Inu breed tends to be possessive about their toys, food, and territory. These creatures don’t like it when other dogs touch them. During which cases, they can show aggressiveness to other animals. There is also a great chance that he will chase chipmunks, cats, squirrels, even chicken. But if they are socialized at an early age, you can suppress this aggressive instinct earlier. 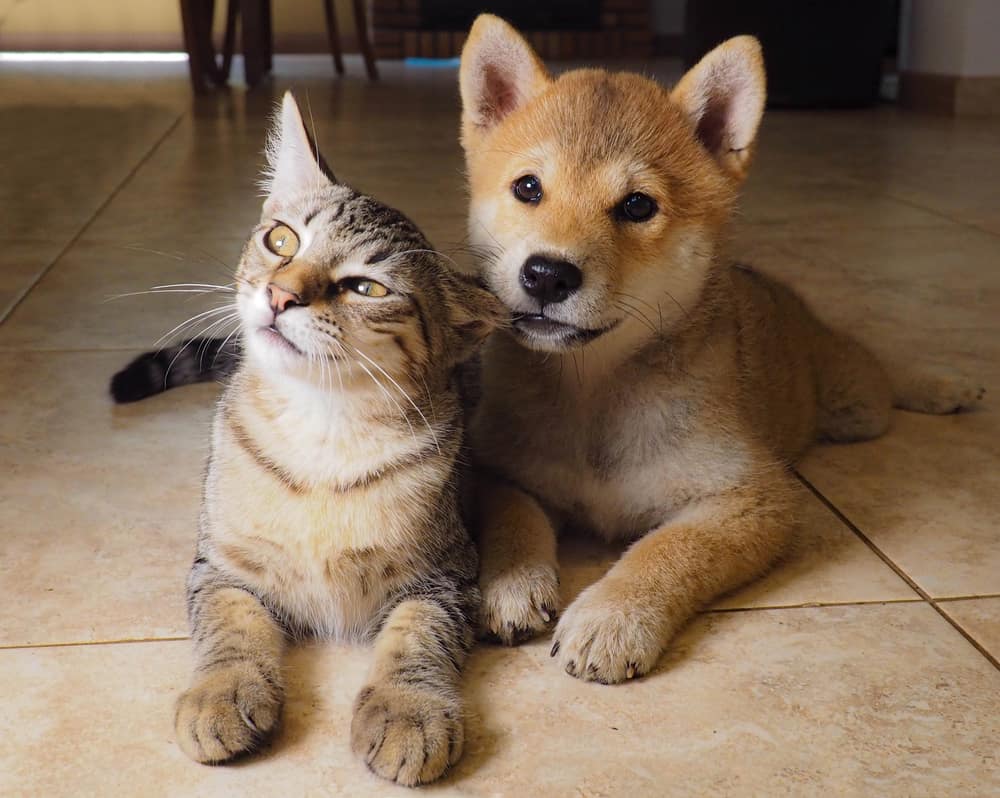 Other than that, the Shiba Inu dog is loyal, yet aloof at times. They are loving but not as affectionate as some breeds. Plus, these dogs are good-natured but tend to be aggressive when irritated.

Like any other dog, the Shiba Inu breed requires exercise. If its handlers cannot spend time for play, this dog can show destructive behaviors such as digging, growling, barking, and howling.

Furthermore, these dogs tend to be sensitive to rowdy and chaotic people, objects, and surroundings. Seeing that they are vigilant creatures with a strong prey-drive, they get easily alarmed in noisy environments. They could feel restless and irritated. Without proper socialization, they can retaliate. This is why experts reiterate the need for early and regular training and socialization.

Shiba Inu dogs can build a strong relationship with their handlers. Though they show stubbornness at times, it doesn’t mean that they love their family less. If you’re planning to have this breed, it’s important to give them attention so you can give them the exercise, affection, and comfort they need. Bond with them, play with them and involve them in your lives. Even just a thirty-minute walk in the park will work wonders to let them socialize with other animals and people. If they live in optimal environmental conditions, you can see how intelligent, active, and loving these dogs really are. 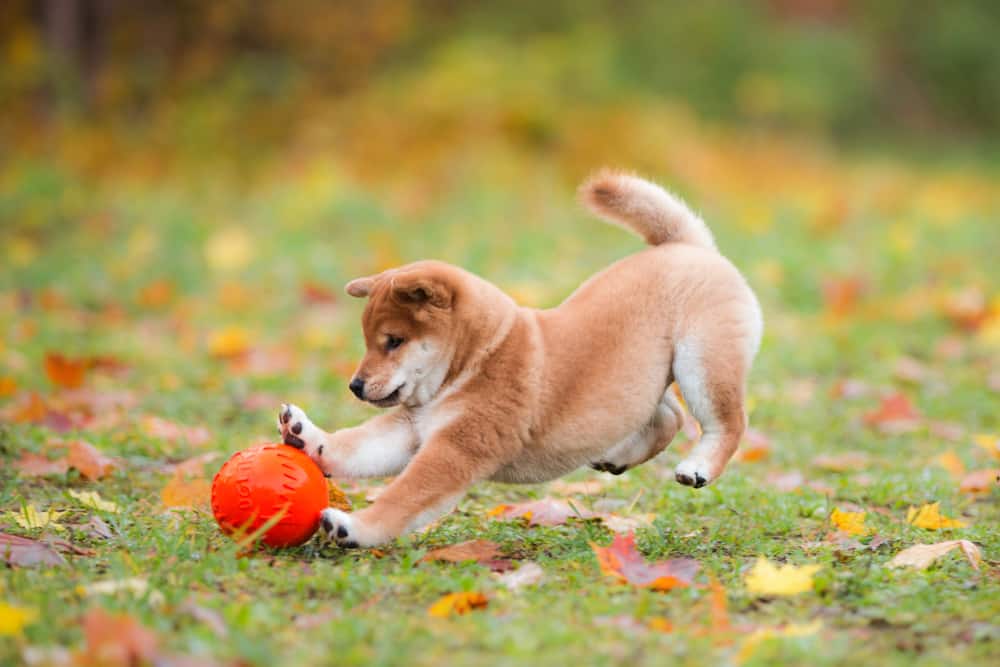 Not only are they loyal to their handlers but also children. Experts found that older children and Shiba Inus get along perfectly. However, training the dog is still apparent to suppress its aggressive tendencies.

Children, too, need to be acquainted with this dog’s body language so they know if it’s in the mood to play or not. They also need to learn never to irritate the dog by subjecting it to any indignities such as hair pulling, tail grabbing, and many more. Other than that, the Shiba Inu, when properly socialized is loving and caring towards kids. 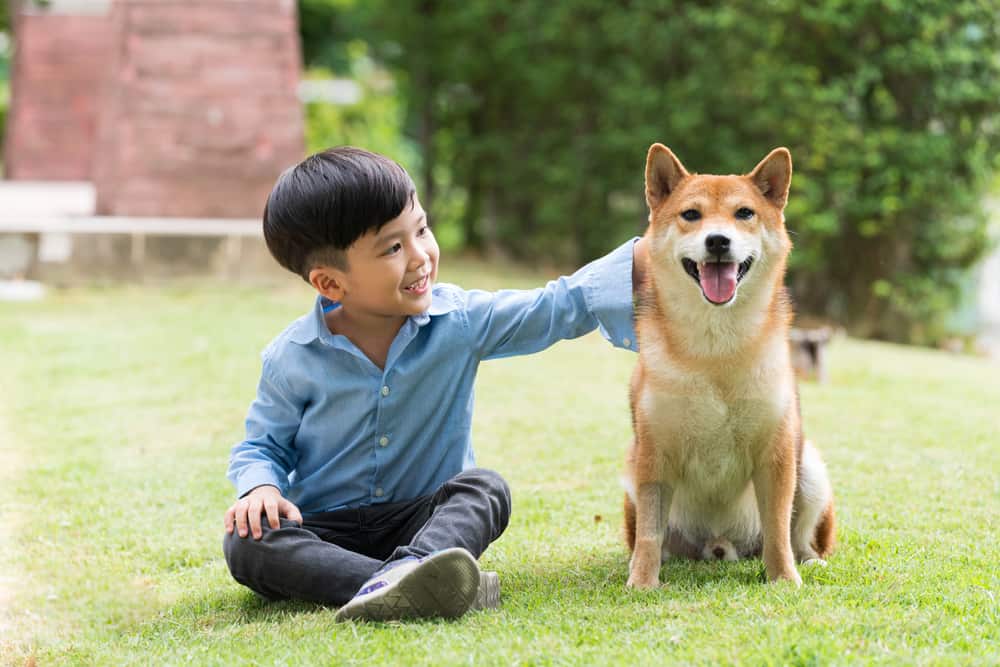 The Shiba Inu breed is very clean. You don’t need to groom them as much as other dogs such as the Shih Tzu and the Golden Retriever. Casually comb their hair from time to time and check their nails. If their nails get too long, let them walk or run on the street to naturally trim them. Be sure to have them on a leash. They might run after cyclers, joggers, and other animals if they’re not trained.

Did you know that most Shiba Inus hate it when they get wet, especially when taking a bath? So, it’s important to get them accustomed to the sensation while they’re still young. When they’re used to bathing, soon enough, they will enjoy taking cold baths during summer and warm, soothing baths during the cold season.

Like any other breed, the Shiba Inu needs regular vet visits for dental care, checkups, vaccinations, medications, and many more. Expenses of caring for a Shiba Inu could reach a thousand dollars. But if you learn how to properly care for them, it’s easier to keep them healthy. Hence, lower vet bills.

Who wouldn’t want to have a living teddy bear at home? Not only are they good at scaring chipmunks and squirrels from ruining your garden, but they also make great companions especially if they’re properly trained and socialized. If you’re planning to have a Shiba Inu dog without experience in handling one, contact professional trainers to help you with it. After some time, you can see your Shiba Inu reach its full potential to display its countless talents and outstanding intelligence.