Gold is one of the people’s most prized possessions. But it is not limited to the precious rock. It also includes dogs such as the Goldendoodle and the Golden Retriever. These pooches are two of the most amazing service dogs you will ever see. They are trained to work in nursing homes, comfort the depressed and the anxious, even work as medical assistance dogs, hearing dogs, and guide dogs for the blind. 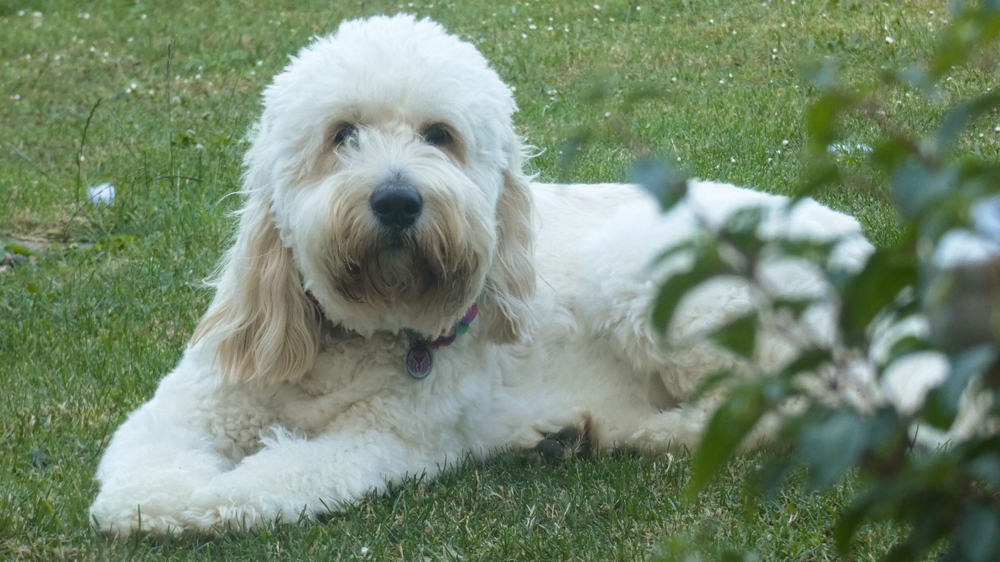 The Golden Retriever has a denser coat and is water repellent because of its thick undercoat. These dogs have a heavier distribution of coats on their neck, back, and thighs which give them their muscular appearance. Despite its name, some Retrievers come in cream and black. Aside from their eye rims, they shouldn’t have any spots or else you’ll know they’re half breeds. 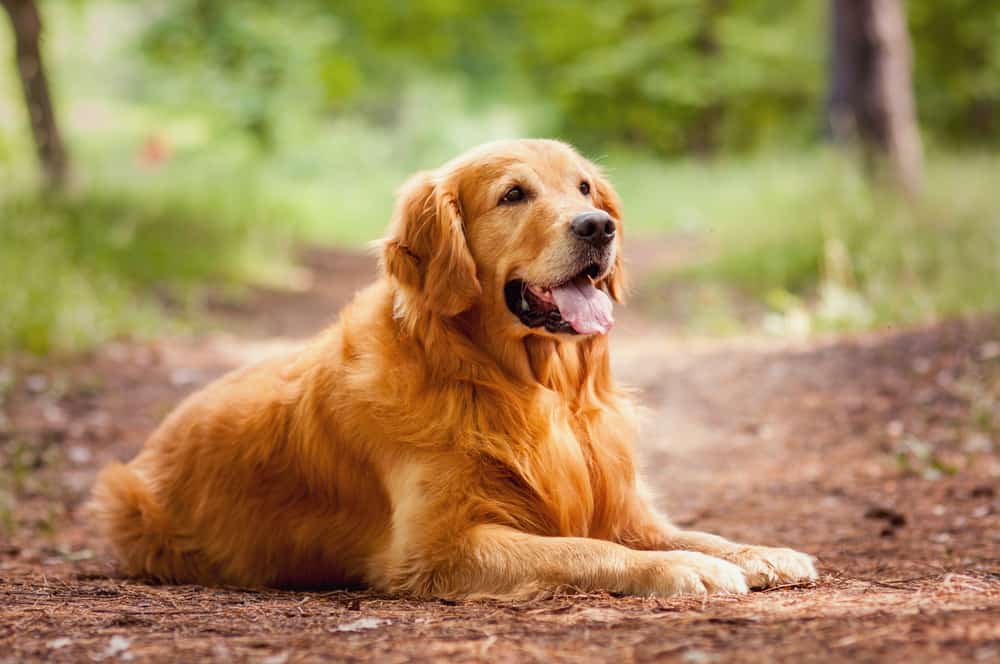 The Goldendoodle is one of the newest Poodle mixes established in the 1990s in Australia. Breeders wanted to create a larger Doodle with a low-shedding coat that inherits the intelligence and trainability of the Golden Retriever. Although they are not registered in the AKC as a breed, some communities promote the care and breeding of Goldendoodles.

The Golden Retriever, on the other hand, is one of the oldest dog breeds that originated during the Victorian era. According to archives, it was bred using a Tweed Water Spaniel, a Yellow Retriever, a Wavy-coated Retriever, Flat-coated Retriever, and a Red Setter. Dudley Marjoribanks, Lord Tweedmouth is known as the first person to produce Golden Retrievers in the late 1800s. Because of its looks and characteristics, it became popular worldwide. And in 1932, the AKC finally acknowledged them as an established breed.

The Goldendoodle’s size depends on its parents. It can be Miniature, Large, or Standard. On average, males grow 25 to 29 inches high and weigh 60 to 90 pounds. Females, on the other hand, can grow from 22 to 25 inches and weigh up to 85 pounds. 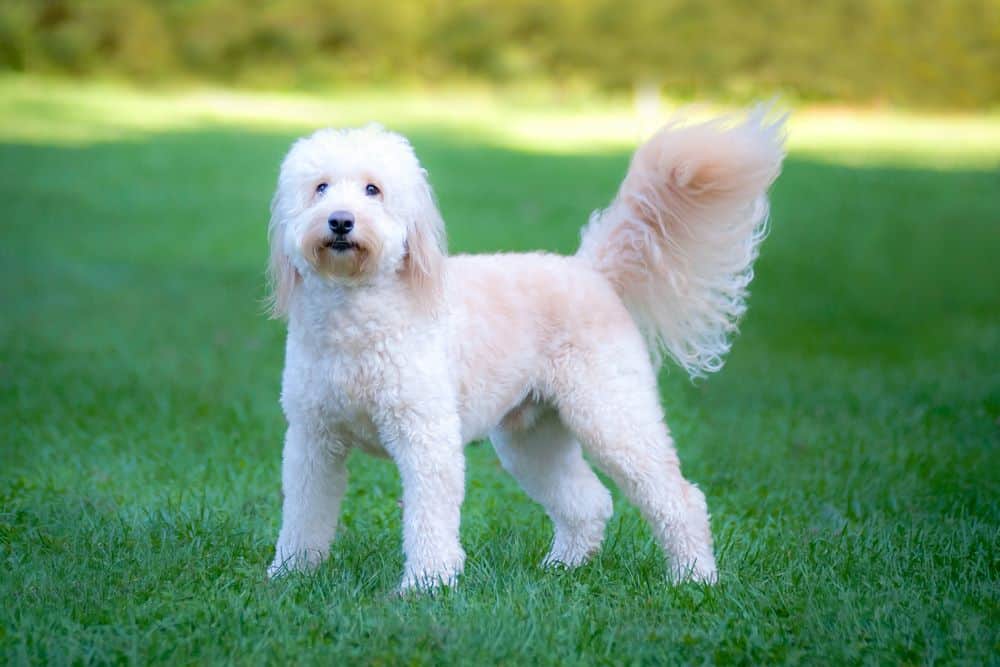 Golden Retrievers, on the other hand, grow from 22 to 24 inches in height for males and 20 to 22 inches high for females. 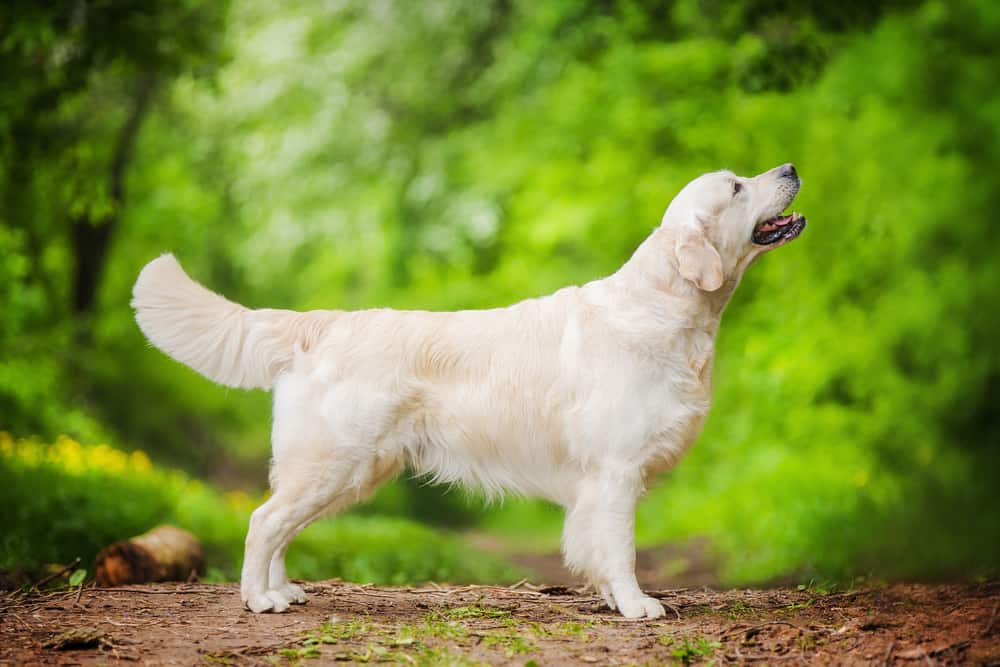 Both weigh up to 60 to 75 pounds. Yes, depending on their lineage, Goldendoodles can be larger than their predecessors. So, choose one depending on your space and budget.

Both of these dogs are generally healthy, considering their size. The Goldendoodle can live for 12-15 years while the Golden Retriever can live for 10-12years. Can you imagine how many years of experience you can have together? They can be your comrades, helpers, and service dogs. With this life span, they can do so much for you and bring color to your world.

The Golden Retriever is one of the most intelligent, sociable, and responsible dogs to have. These traits are inherited by the Goldendoodles and more. They also display other traits from the Poodle. This includes their affectionate and loyal nature. This is why many people love having both around. The Golden Retriever and the Goldendoodle are bundles of joy who will do everything in their power to make people happy.

Because of the thick, dense, and lush coat of the Golden Retriever, it sheds tremendously in the household. This is why you’re going to need the deshedding tools and combs to help them in their shedding process. 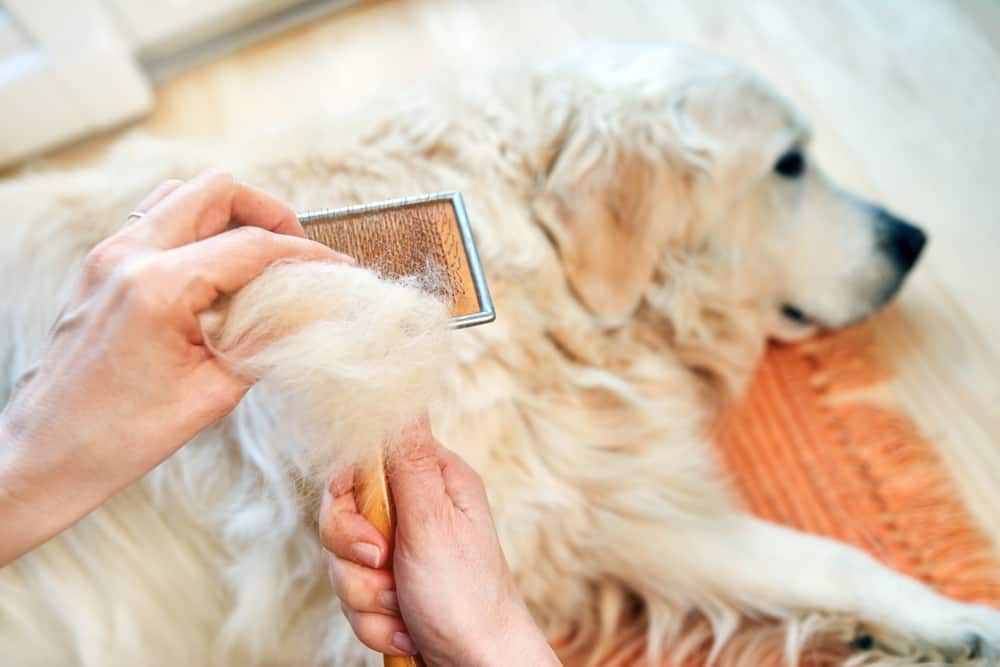 The Goldendoodle, on the other hand, either has allergenic or hypoallergenic coats depending on what they inherit. If they have a loosely curled coat, they shed less. But if they have a thick, retriever-like coat, they can shed as much as their Retriever parent. So, you better prepare. 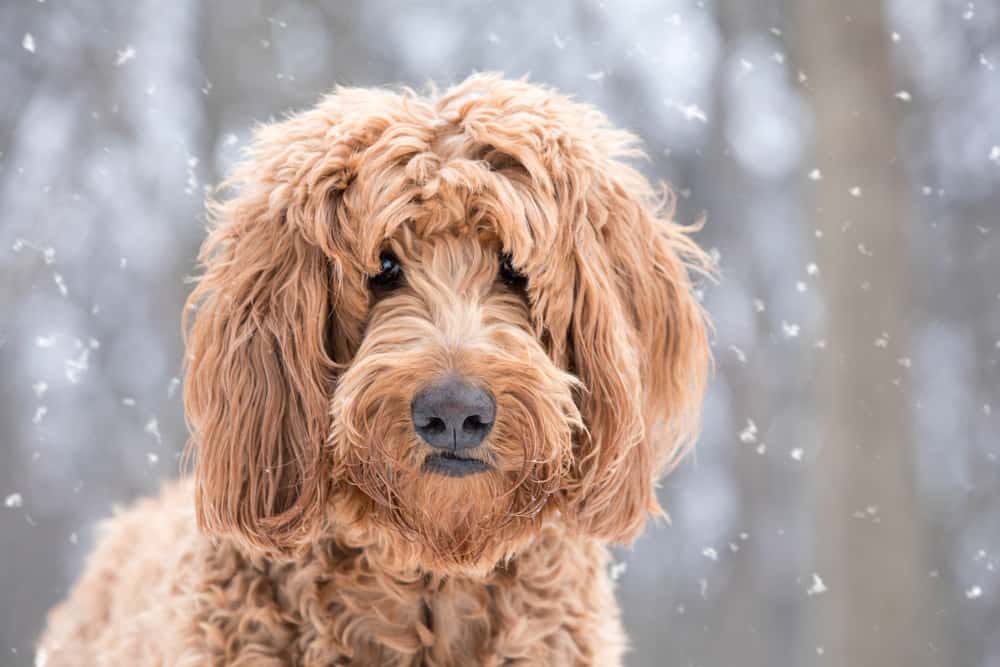 If the Goldendoodle and the Retriever both have dense, curly locks, they are more difficult to groom. Their fur needs to be brushed with a slicker brush a few times a week. Sometimes, you even need to groom them a few times a day since their coats are prone to matting. But if the Goldendoodle possesses a low-shedding coat, it’s easier to groom them. You just need to pay attention to the hair that can poke their eyes. Comb them regularly and manage their coat to remove matting, dirt, and pests.

When it comes to intelligence, both these dogs are top-notch! They show initiative, especially when their services are needed. Even without human command, these creatures know what to do especially, during emergencies. The Golden Retriever, in particular, can hunt without command because of their prey drive. Because of its intelligence, it can plan its moves and achieve its goals strategically.

Both of these dogs are highly trainable. The Golden Retriever and the Goldendoodle are obedient and can easily pick up signals and information from handlers. However, like any other dog, these dogs need early training. Paired with exercise, they can incorporate play with command. In due time, being service dogs will be something they enjoy.

The Goldendoodle can easily be bored, especially without their masters. They also develop separation anxiety. During which case, they can display destructive behavior such as biting and chewing. 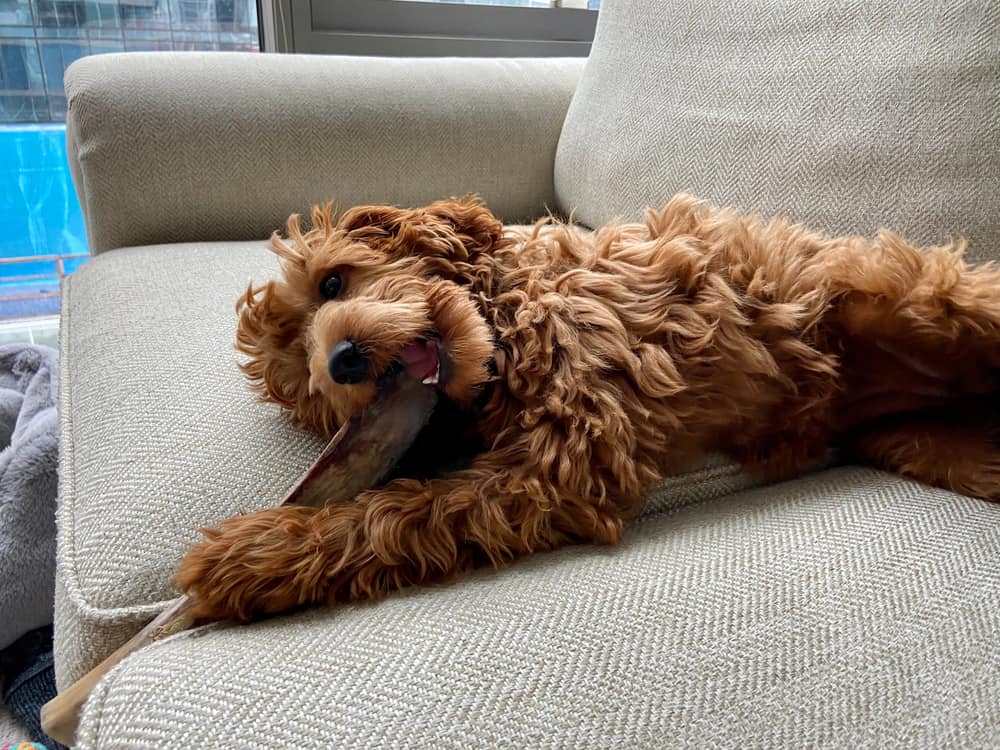 The Golden Retriever, on the other hand, is slow to mature. Sometimes, they can get overly playful which can be annoying, especially if you cannot control them. 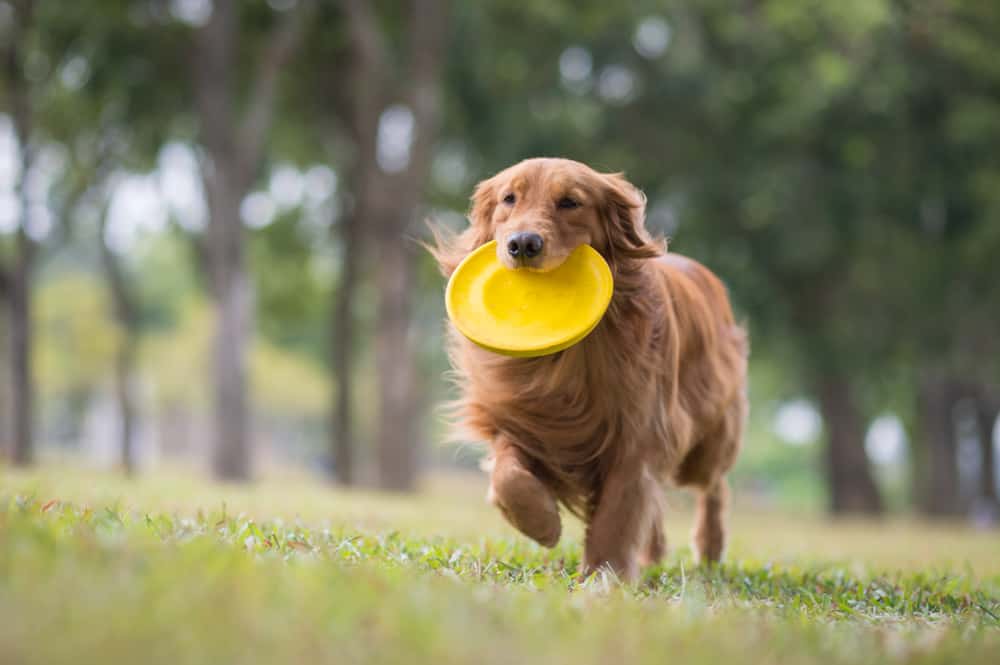 Because of their active nature, both the Golden Retriever and the Goldendoodle need handlers who can be firm during training. Do not let these dogs command you or they can grow up to be aggressive and destructive. To bring out their amazing traits, you need to be consistent in giving them the training and exercise they need.

These dogs don’t do well inside apartments and other confined areas. Because of their activity level, they need a wide-open space where they can run and expend their energy. Without it, they will grow restless and will find other activities to prevent themselves from getting bored.

The Goldendoodle and the Golden Retriever are socially inclined. They are naturally friendly towards strangers. However, this depends on their history and environment. You don’t expect a dog to remain friendly if it grows in a violent or hostile environment. If you want a friendly dog, you need to socialize with them as early as possible. This will help them get used to various sights, smells, and activities.

Golden Retrievers are better watchdogs than Goldendoodles. The Retriever can detect intruders and strangers from a mile away. They can be vigilant especially if it means protecting their family. 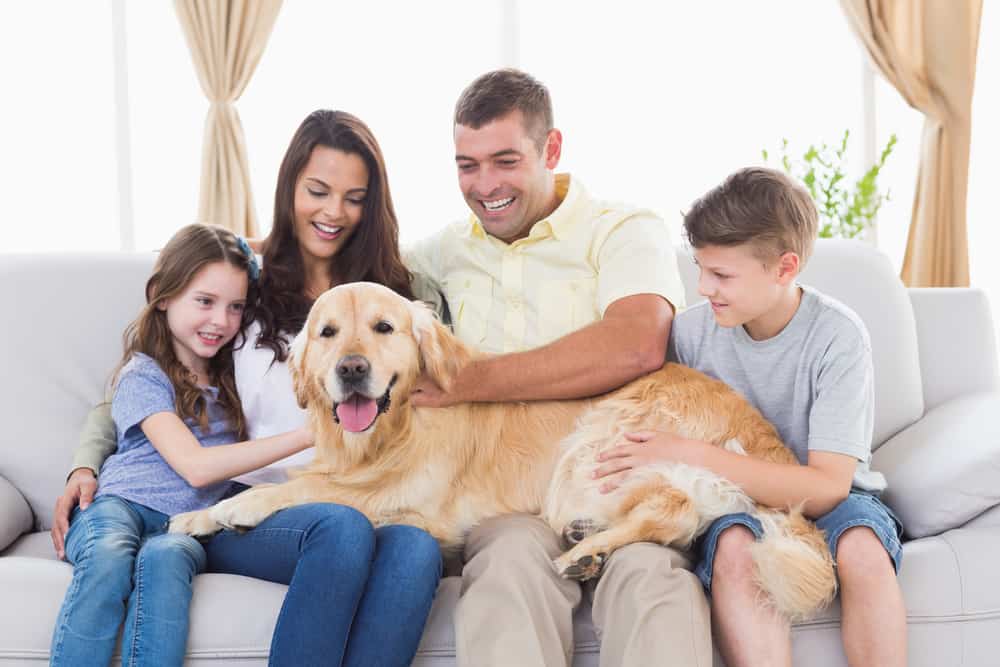 Goldendoodles, on the other hand, are more likely to welcome strangers at home. This is why they don’t make good watchdogs. If you live in a hostile environment, the Goldendoodle may not be for you. 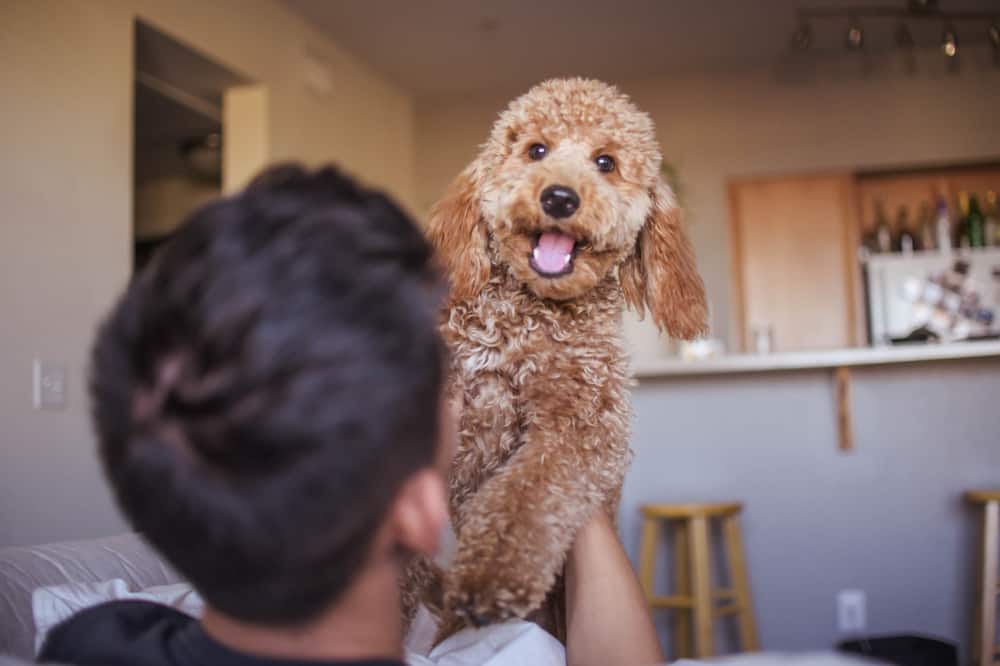 These dogs are tolerant of both hot and cold temperatures. However, this does not mean that you will not shelter them during drastic weather. Whenever it’s hot, give your dog water so they can stay hydrated. When it’s cold, cuddle with them. They need it as much as you do.

Both these dogs are generally healthy. However, they can be prone to other diseases. The Golden Retriever, for example, is prone to elbow dysplasia, cataract, and allergies. The Goldendoodle, on the other hand, is prone to obesity and skin allergies. This is why you need to have regular consultations with your vet so they can diagnose your pet and prescribe the necessary interventions for prevention and treatment.

Caring for these dogs usually cost 500 to 700 dollars annually. Seeing how active they are, they need more food and nutrients to keep their bodies healthy. Other than their exercise and training needs, caring for the Golden Retriever and the Goldendoodle is easy. You just need to be consistent to provide for their daily