It’s time to talk about one of the oldest and most royal breeds on the planet. Seeing their long, white coat, stretching to cover their bodies, the first word to come to mind is wow. But this is not the only reason people are fascinated with them. The Maltese are also a service dog in its own way. It is a toy breed famous for its size, friendly, and loving nature, making them effective therapy dogs for countless individuals.

Riley the Maltese, for example, has been working as a therapy dog since 2009. He is a wonderful helping dog in nursing homes, hospitals, schools, and disaster areas. Riley lets people pet and cuddle him as he offers warm sentiments for healing and relaxation.

But these are not the only traits that make them outstanding companion dogs. 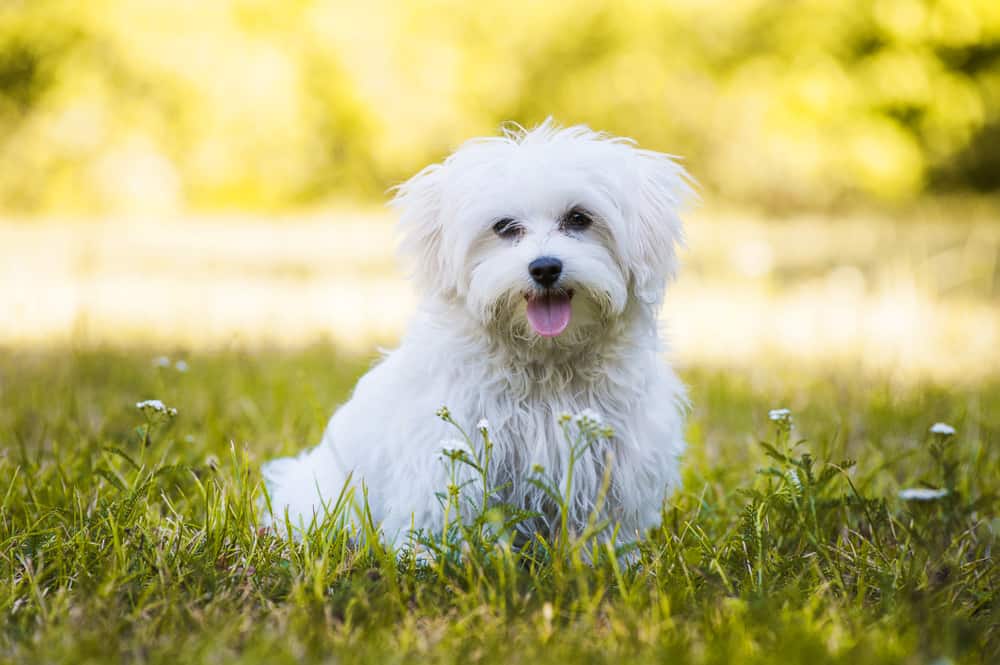 The Maltese breed has been around for 28 centuries. Since time immemorial, they have been the aristocrats of the dog world. Experts believe that the Maltese spaniel originated from Sicily, specifically in Malta. Hence, their name. It was the rightful dog breed for a civilization known for its sophistication and magnificence.

The Roman governor of Malta owned one of the first Maltese in the first century. Issa the Maltese was described as ” purer than a dove’s kiss” and “gentler than a maiden.” Others even regarded her as “more precious than Indian gems.”

The long, white coat of the Maltese is not by accident. The Romans made sure that the Maltese would breed would emancipate characteristics for divinity. Campus authors and scholars wrote about their beauty and finesse. The Greeks even directed homes for the Maltese. After the fifth century, the dog was represented in Greek ceramic art.

In 1792, Linnaeus drew attention to the Maltese’s diminutive size like “the size of a squirrel.” It was then exhibited in the United States as the “Maltese lion dog” at the first dog show in Westminster in 1877. Due to its growing popularity, the American Kennel Club registered the Maltese breed in 1888. Because of its history, the Maltese breed is valued in society, sold over $2000 in the 19th and 20th century.

The Maltese breed is known for its many names. Other cultures call it the Spaniel Gentle, Melitae Dog, Roman Ladies Dog, Maltese Lion Dog, Ye Ancient Dogge of Malta, Maltese Terrier, The Comforter, Bichon, and the Maltese Lion Dog. If you hear these names, you know that it comes from millennia of royal history.

Male Maltese can grow up to 25 cm, weighing up to 4 kg. The females, on the other hand, can grow up to 23 cm and can weigh up to 4 kg. It’s not a surprise people can easily fit them in their purses. Now, manufacturers have created bags specialized for traveling with toy breeds such as the Maltese. 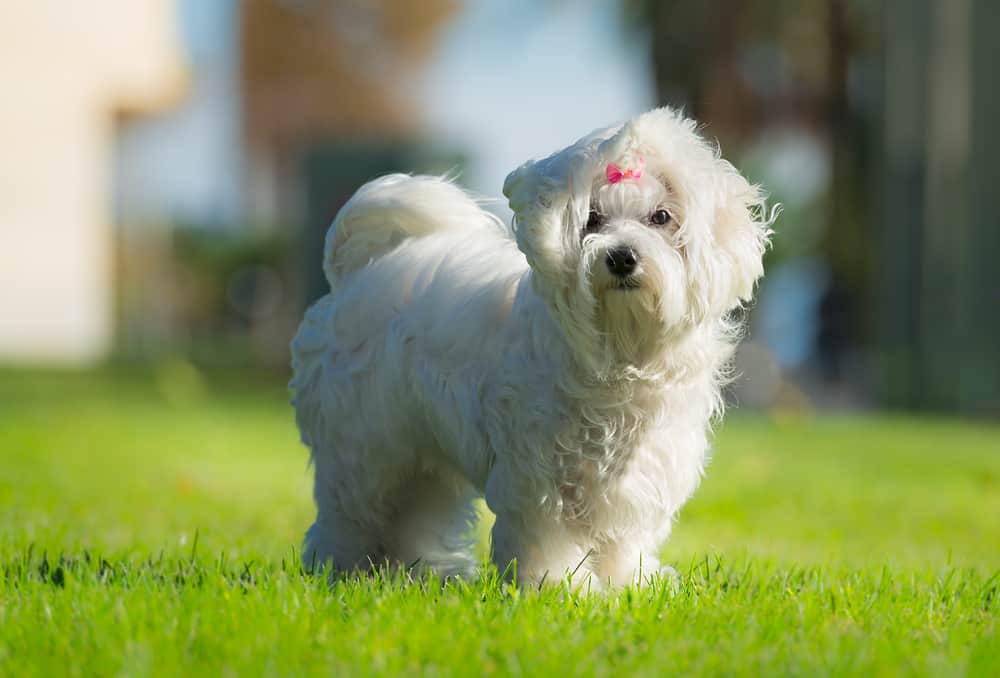 Being one of the best companion dogs, the Maltese breed when properly trained and socialized are affectionate, lively, responsive, sweet, playful, and gentle. These are the reasons the Maltese make amazing indoor dogs. They thrive even in small apartments. Unlike most dogs who get impatient when they’re left alone in a confined space, the Maltese are patient. They can thrive with little attention, provided their needs are met. 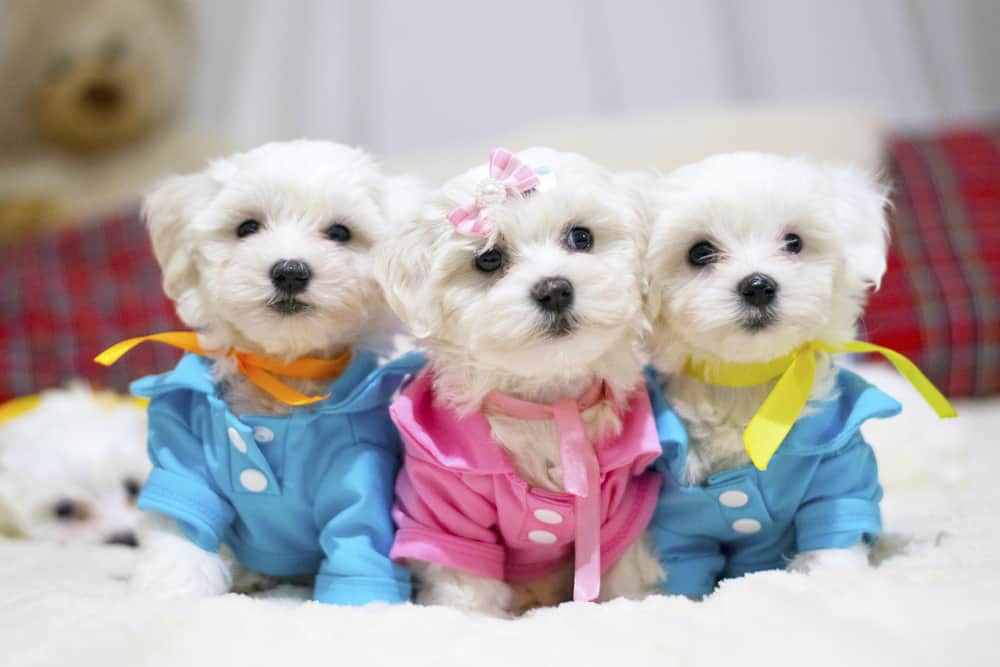 If other pets are properly socialized with the Maltese, they interact well with other breeds. If not, it tends to dominate other animals. Often, they get jealous when their owners pet and cuddle with other dogs. If the Maltese feel left out, it could retaliate and snap other animals. 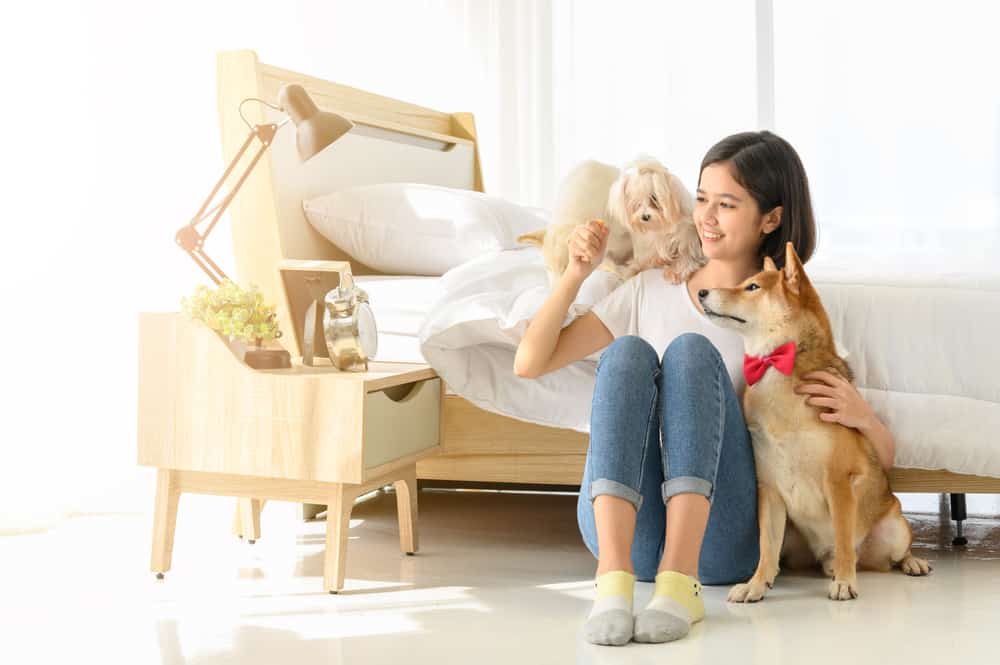 The Maltese breed is gentle and loving to its owners. They are highly intelligent and are vigilant of their surroundings. However, do not let them develop Small Dog Syndrome. This is a human-induced behavior that makes them believe they are the boss. If this happens, they easily get irritated and could snap on children and adults.

They get overly jealous of other visitors and could become unstable companions. Dogs with this syndrome display anxiety, guarding, and obsessive barking. The only time they suppress this behavior is if they get acquainted with more stable pack alphas. 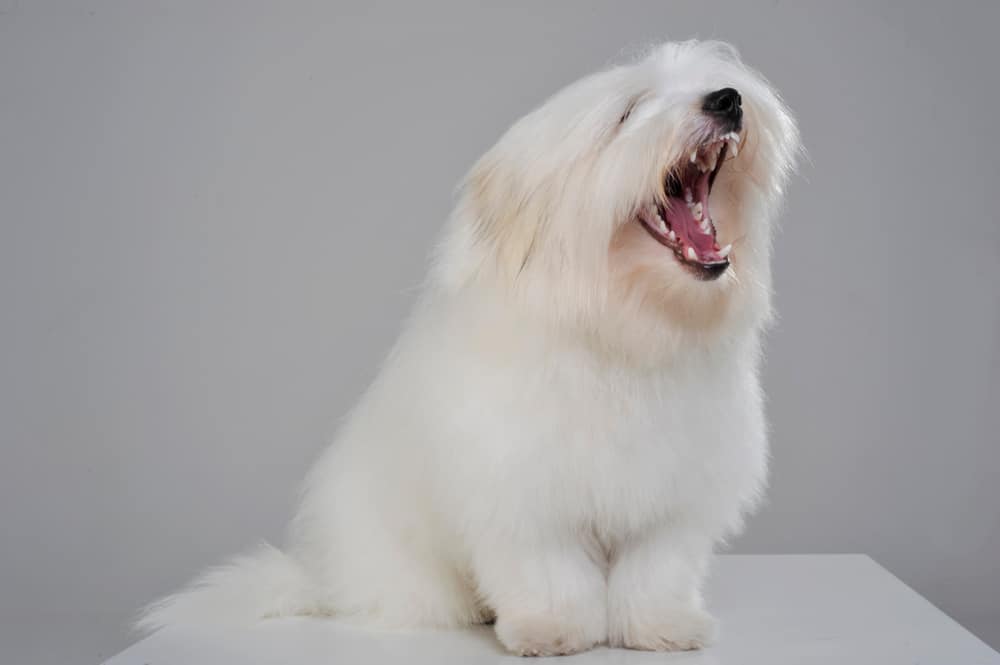 If properly handled, the Maltese is a great companion at home. However, you need to tend to their daily exercise needs by taking them on walks, running with them, and playing fetch. They love to be involved in your personal life. As a natural therapy dog, the Maltese appreciate you talking to them and cuddling them. They reciprocate the gesture by offering support and assurance in their own little ways.

Like other toy breeds, the Maltese need to be acquainted with children before they play with them. Conversely, children should be aware not to irritate the dog by pulling their hair, tail, and ears. The Maltese hate it when children play rugged with them. During which cases, the dog is likely to snap or growl.

Parents need to supervise younger children while playing with the Maltese. Let the dog adjust to the child and the environment until they get used to the playful behavior of children. Once they do, you can see how playful and caring they are towards kids.

As early as possible, let them get used to the sensation of bathing, grooming, and trimming of nails. This will avoid snapping and growling while doing these activities in the future. Daily combing is essential to keep their coat soft and free of tangles. It also helps deter ticks and flea infestations. Use a small to medium-sized brush to keep their coat full and lush. You can also invest in flea combs for preventative purposes.

Remember to bathe your dog regularly using soap and water. Always clean their eyes to avoid staining. Don’t forget to clean the ears and pull out the air growing inside the ear canal. Most Maltese owners opt to tie the dog’s hair backward to avoid their hair from poking their eyes.
Of course, the Maltese also needs vet care and attention. Don’t forget to save up for medical expenses such as vaccination, checkups, and emergency runs. Having at least $500 to $1000 on hand is enough to cater to the needs of your Maltese.

Other than that, this dog is one of the best companions you will ever have. Their royal history does not make them a high-maintenance dog. All they need is 30 minutes to 1 hour of your time to groom, bathe, play, and cuddle with them.

Imagine coming home from a stressful environment. Once you see your Maltese run to you, to hug you, experience the happiest and most relaxing sensation ever. If you think you can care for a Maltese, have one now and experience a meditative environment with these loving, affectionate, and empathetic dogs.