According to experts, if people are looking for dogs, most choose a pooch with a personality that complements theirs. For example, if you’re a smart and independent-thinking individual, chances are, you’ll find a companion that is compatible with your intellectual lifestyle. Aside from German Shepherds, there are many other intelligent breeds, such as the Thai Ridgeback. What is this dog? And how are they different and unique?

The Thai Ridgeback is famous for the ridge on its back, hence its name. This pattern is formed by the fur growing in opposite directions. Did you know that the Ridgeback comes in eight different patterns? The most common colors include solid blue, black, fawn, and red. These creatures have a muscular build and a proportional body that gives them their athletic nature. This is one of the reasons why hunters love to have this dog around. But, these are not the only traits they possess.

Believe it or not, the Thai Ridgeback can outsmart you. They have the innate ability to respect and protect their family without being commanded to. With proper training, they don’t need an alpha to command their actions. For the sake of its family’s welfare, the Thai Ridgeback will do everything in their power to keep you safe and make you happy. But these are not the only characteristics that make them unique. Do you think this dog is compatible with your personality? 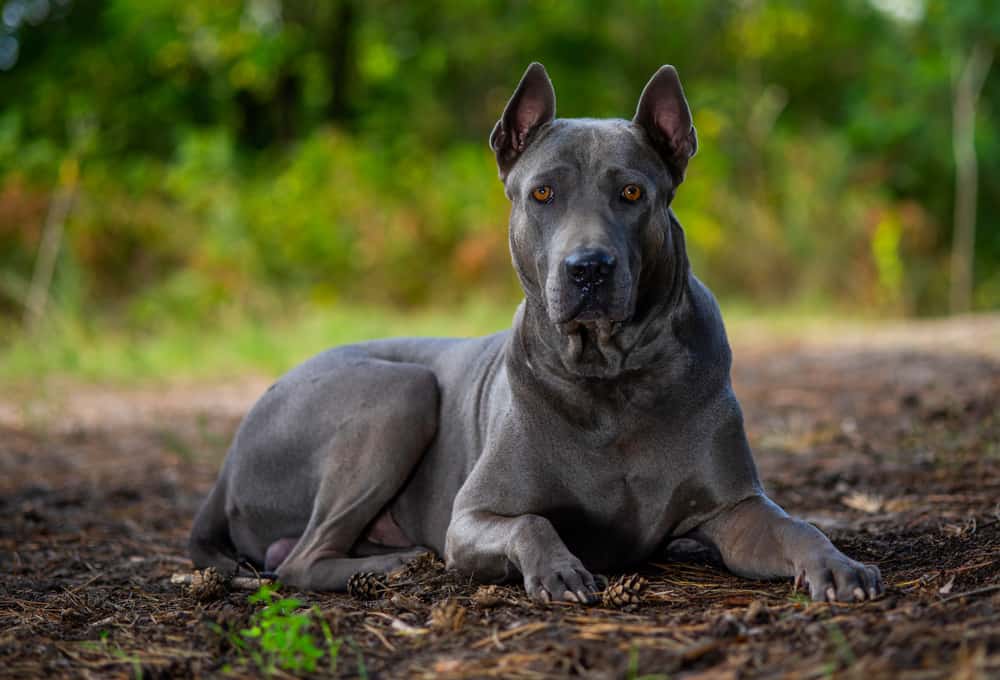 According to archives, the first Thai Ridgebacks were first recorded 350 years ago in Thailand. Some people believe that they are the descendants of the Hottentot dog, also known as the Rhodesian Ridgeback, which is now extinct.
The Thai Ridgebacks were first trained to become all-purpose dogs. Not only are they effective in guarding property but they also love to hunt and pull baggage. Believe it or not, these creatures were used to hunt cobras. How many dogs do you know that are innately capable of doing so?

These dogs have been isolated for so long near the Vietnam and Cambodia border, in a place called Dao Phu Quoc. Because of this, its powerful looks were not altered until it became popular in 1994. Finally, the United Kennel Club recognized this breed in 1996 and allowed them to join various competitions. It wasn’t until 1997 that the American Kennel Club accepted this breed into their group.

Despite having been known for 350 years, the Thai Ridgeback has not been assigned any names yet. However, since they are a growing breed, various cultures will be more than willing to give them names. Who wouldn’t want a Ridgeback? These creatures make outstanding companion dogs in hunting and retrieving. They can even hunt lions, bears, and boars if they are commanded to.

These dogs are considered to be a medium to large breed. The Thai Ridgeback has a muscular, streamlined body that gives them their agile and strong nature. The males can grow up to 24 inches and weigh up to 75 pounds. Females, on the other hand, can grow from 20 to 22 inches and can weigh from 35 to 55 pounds. For their size, these dogs live relatively longer with a lifespan of 10-12 years.

Seeing how agile and strong their bodies are, it’s no surprise they can hunt wildlife creatures that are twice as big as they are. Can you imagine having a Thai Ridgeback as a guard dog? This will guarantee that no criminal will dare enter your home. 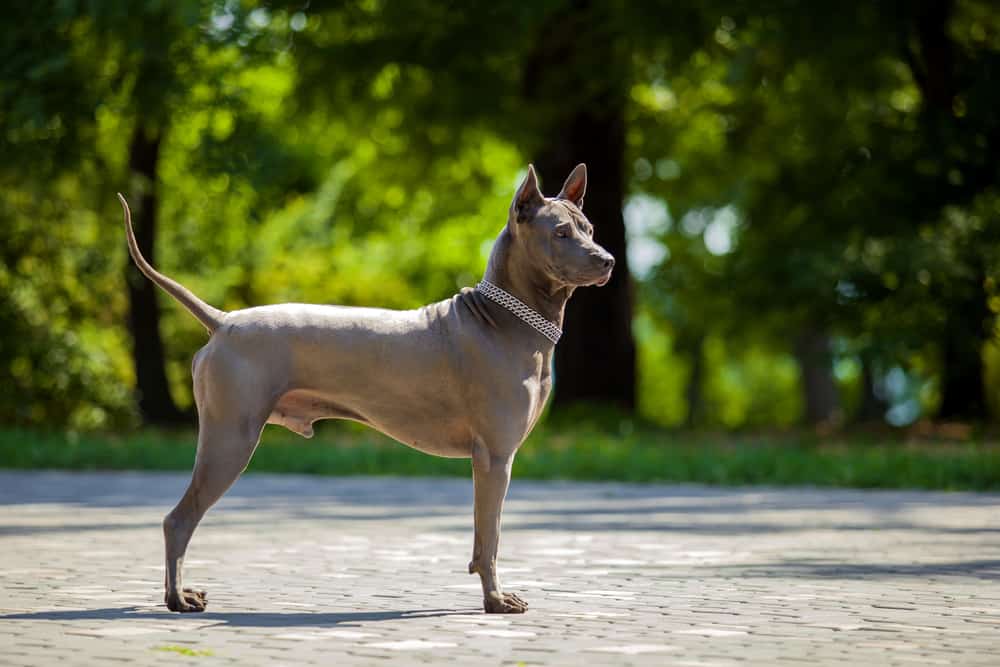 This dog is known for its active and energetic, yet calm nature. However, these traits can only be unleashed if they are properly socialized. These creatures tend to be vicious without training. Handling them is not suitable for first-time owners. If you plan to have a Thai Ridgeback, you need to assert your power and dominance over them. Despite their stubborn nature, you should have the ability to grab their attention and train them. Without it, these creatures will grow up aggressive. 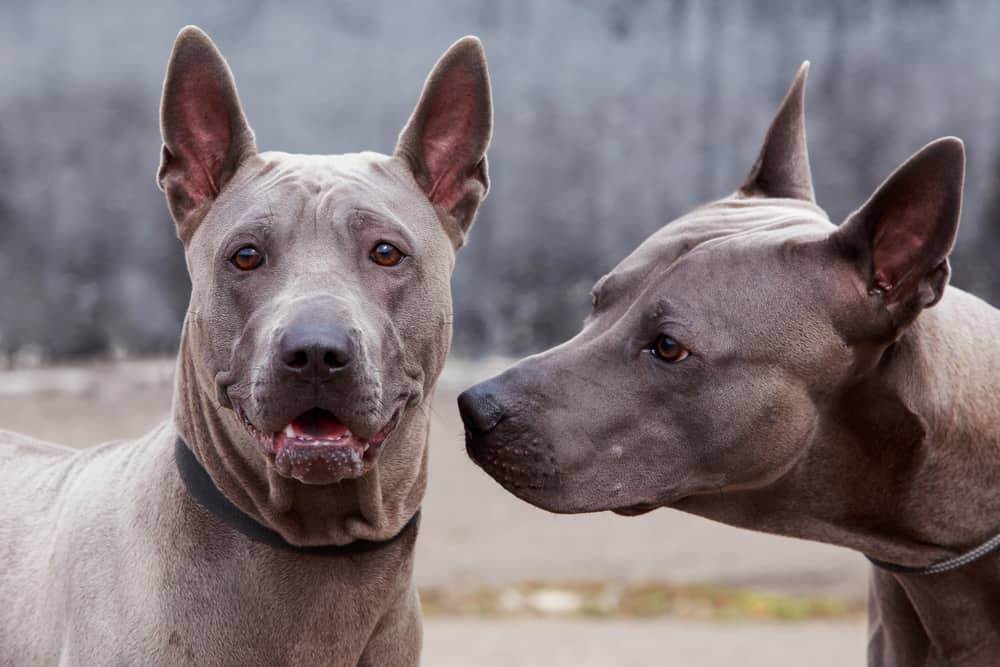 These dogs are friendly to animals when they are used to them. Unfamiliar faces usually make them violent and restless. This is not a surprise since these creatures were born hunters. With their strong prey drive and protective instinct, they are vigilant in the presence of animals who they believe can cause trouble to their loved ones.

If you’re planning to have a Thai Ridgeback as an addition to your kennel, it is important to socialize your dogs before you leave them alone. This allows everyone to get to know, and get used to each other’s behavior. Give your dogs time to adjust to the environment and the new faces. If you bombard them with information all at once, they could take this negatively and retaliate.

These creatures tend to be lazy and stubborn, especially during warm weather. If this happens, it is your responsibility as the handler to assert your dominance. Thai Ridgebacks need thirty minutes to one hour of exercise every day. This promotes mental and physical stimulation so they feel happy and satisfied. Without it, they easily get bored. Your pooch could display negative behavior such as chewing, biting, and digging. 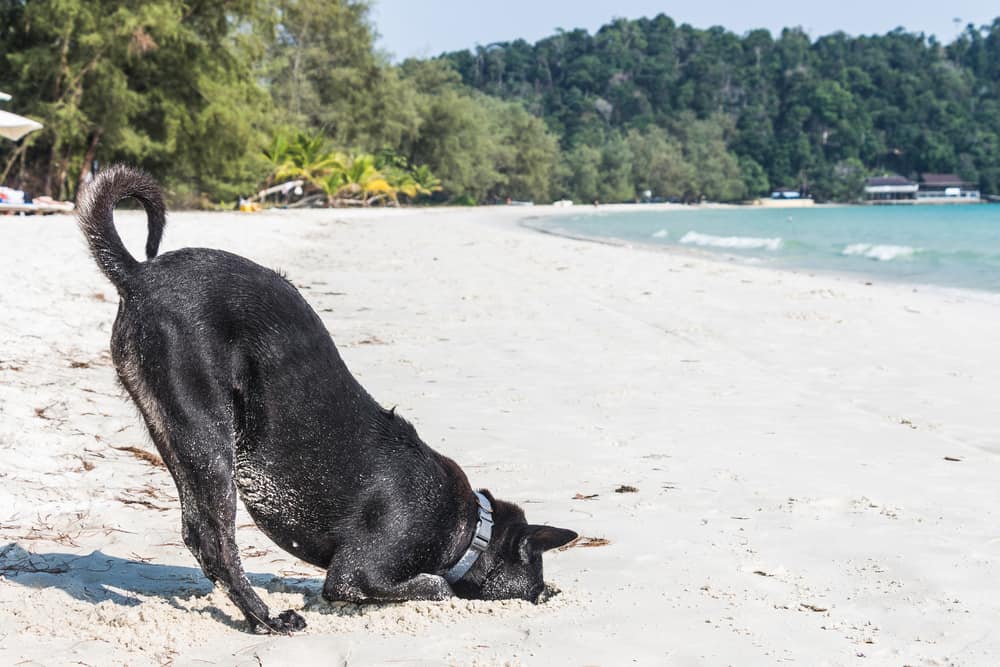 When it comes to their love for family, the Thai Ridgeback is rated five over five. These creatures will do everything in their power to make their masters happy. Plus, they will not back down from a fight, especially if they sense that their owners are in danger. However, because of their strong protective instinct, they can easily misinterpret actions into threats. This is why proper socialization is necessary as early as possible so they can get used to the common behaviors of people and animals. 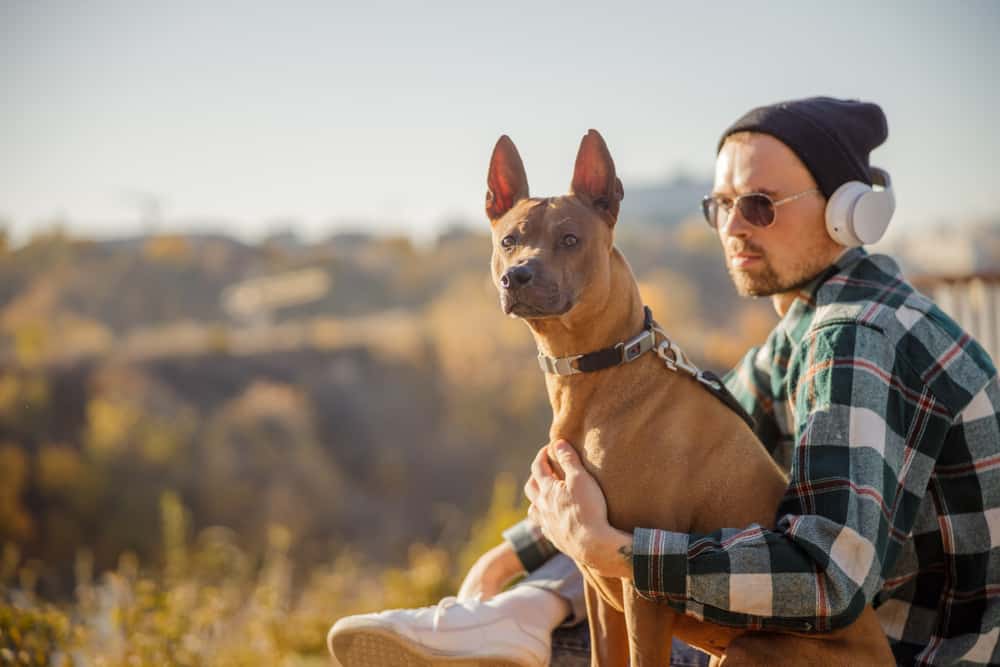 Once this dog gets to know you as a family member, it will love you unconditionally. This includes children. However, like any other dog, they need proper socialization before you let them play with your kid. If your pooch is not used to the rowdy behavior of your children, it could get irritated and show aggression.

Conversely, you need to teach your children never to provoke their dog. As much as possible, do not tug their ears, tail, and coat. Dogs hate these actions. For the first few days or weeks, supervise the bonding of the dog and the child. Once they finally establish a healthy relationship, you can see how friendly and loving the Thai Ridgeback is in caring for your children.

Before you get a dog, it is important to have a reliable vet on call. This way, they can help you monitor the health of your pooch by giving you advice on the proper ways to care for them. This includes their diet, exercise needs, and grooming.

The Thai Ridgeback is a generally healthy dog. The only illnesses they are prone to include hip dysplasia, elbow dysplasia, and dermoid sinus. Veterinarians usually administer full-body examinations and x-rays to monitor and diagnose these diseases.

Since the Thai Ridgeback has a short coat, its grooming needs are low. However, it still requires weekly brushing to remove dirt and shedding. Don’t forget to clean their ears regularly to prevent ear mites and infection. Also, remember to monitor their nails so you can trim them every after two to three weeks. This helps avoid protrusions that can cause discomfort in the future.

Caring for a Thai Ridgeback usually costs $500 to $700. This includes their vet needs, food, and supplies. But this cost can be lessened if you care for your pooch properly. Do you think you have what it takes to care for the Thai Ridgeback? Why don’t you get one and enjoy the company of a calm, intelligent, and independent-minded breed? You’ll surely have fun taking on adventures with them. Not only do you have a family and friend but also a bodyguard that will keep you safe.