Agile, intelligent, and hard-working are three of the common traits that farmers and hunters look for in a companion. If the dog is a jack-of-all-trades, it gives people more reason to have them. If you’re looking for one, the best breed for you is the Dutch Shepherd. Not only are they effective hunters, herders, and protectors, but also great police dogs and working dogs.

The Dutch Shepherd is known for its resemblance to the German Shepherd and the Belgian Malinois. This is because these dogs come from the same ancestry which diverged centuries ago. The difference is, Dutch Shepherds are rarer and they are more exclusive, unlike their two cousins. But these are not the only traits that make this dog unique. 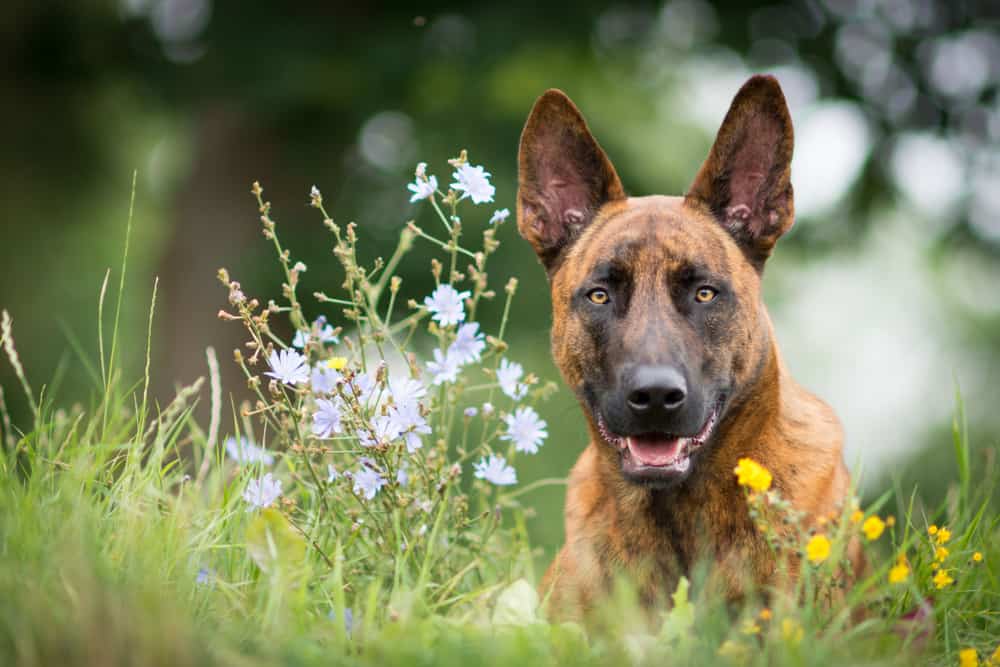 Luckily, German forces started to take them in because of their intelligence and trainability. After the war, more breeders continued to breed the Dutch Shepherd until their population began to increase. They perfected the breed over the years to raise the dogs that people own today.

Aside from the name Dutch Shepherd, these dogs are also known as the Dutch Herder and the Hollandse Herder. Seeing how people name them, you can see how effective they really are in herding. But as time passed by, they discovered that they make amazing service dogs and hunters too. Who knows what other names people assign to this jack-of-all-trades dog?

These dogs are medium-sized like their cousins. The male Dutch Shepherds can grow from 57 to 62 cm, that is 22 – 24 in. The females, on the other hand, can grow up to 60 cm. Their weight varies depending on their stature and mass, usually around 66 – 88 pounds. 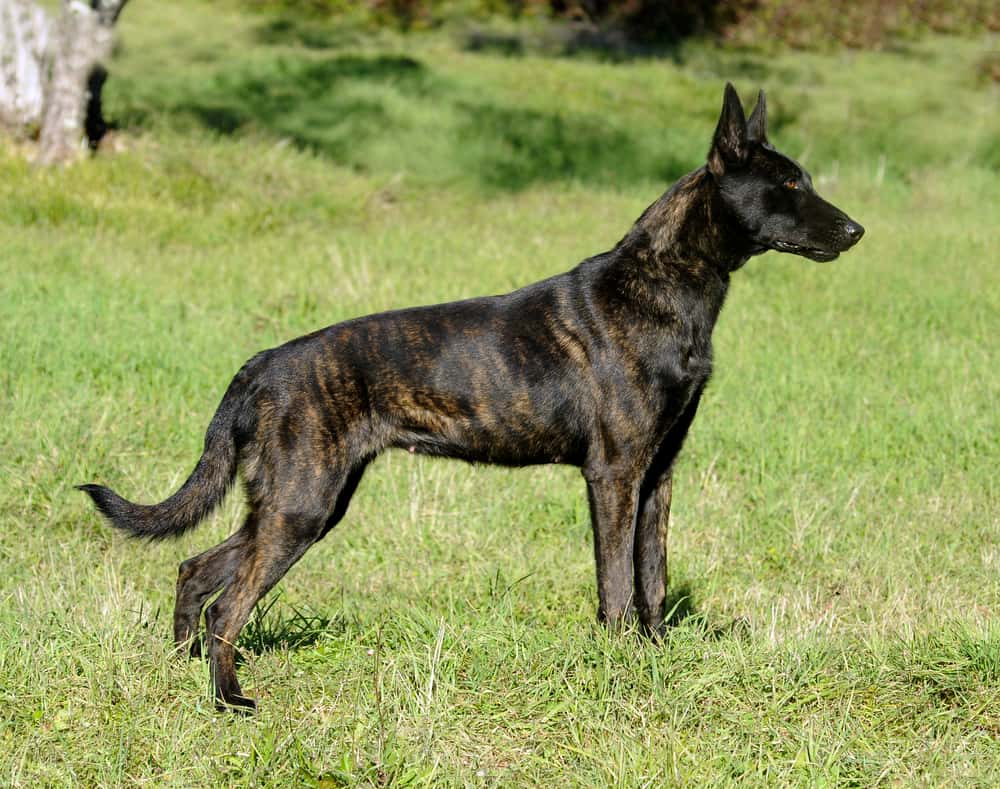 These dogs are friendly, playful, and energetic. Believe it or not, these dogs are cunning. They can outsmart you from time to time. The Dutch Shepherd is intelligent and competent in all fields. They are highly trainable to do all kinds of work such as agility exercises, herding, field training, search and rescue, and many more. However, they need a firm owner who can provide sufficient mental stimulation. Lenient novice owners do not make great fur parents for this breed. They need a handler who can assert their dominance and gear their intelligence towards positive activities. 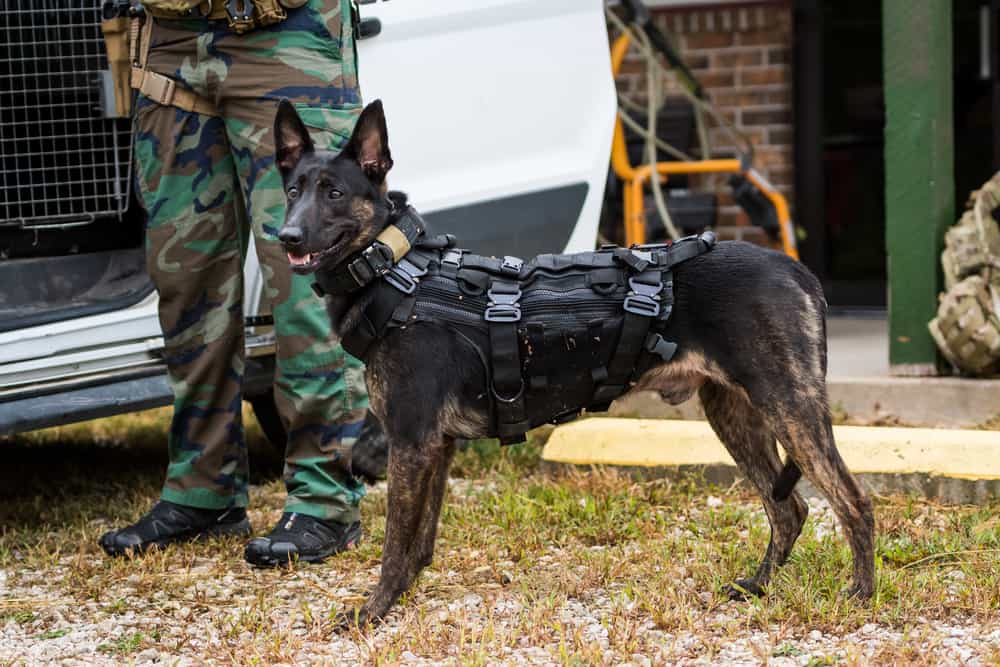 The Dutch Shepherd is generally good with pets. However, they need supervision for the first few weeks or months. Since these creatures are playful, they could accidentally harm other dogs. It’s best to have them around medium and large animals. Seeing their strong prey drive, it is in their nature to hunt smaller animals like squirrels, cats, and sometimes, smaller dogs. 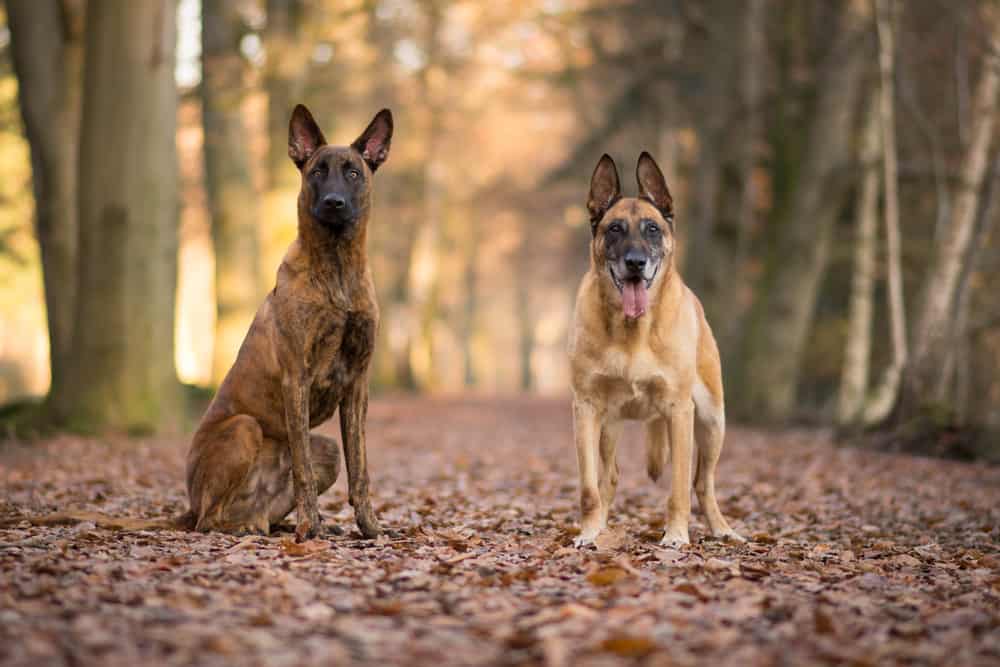 When it comes to energy and intensity level, Dutch Shepherds excel. This is why they need constant training and exercise. Like any other dog, lack of mental stimulation causes aggression. Your pooch could display negative behaviors. Even if there are instances when the Dutch Shepherd is stubborn, offer a firm hand to ensure they get their daily exercise and training needs.

When it comes to family, the Dutch Shepherd is loyal and protective. The dog loves to get involved in various family activities. If you’re planning to have one, give them an everyday purpose. Assign them chores. Play with them regularly. This way, you can help these dogs unleash their full potential. Plus, it helps you foster a healthy living relationship with them. 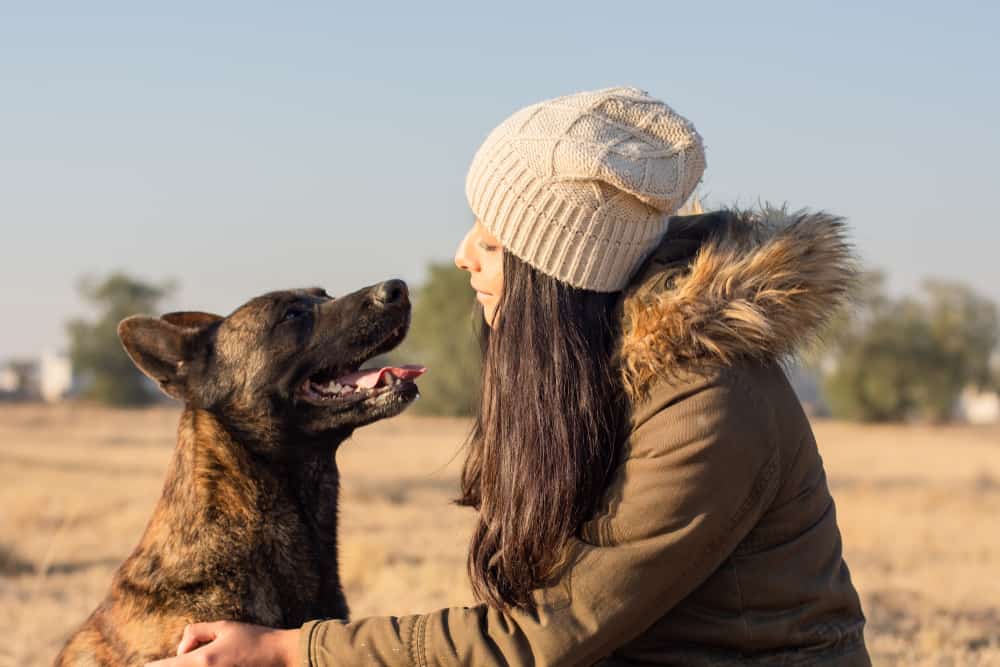 As guard dogs, they will protect their loved ones be it their master or their owner’s children. However, they need supervision as they bond with kids. Due to their energetic nature, they might get overly excited and hurt your little ones in the process. During the first few weeks, keen supervision is necessary. Let the dog and child socialize with each other to adjust to their temperament. This way, the dog can control its energy levels around the kid. Conversely, the child will understand how to get along with the dog without hurting it.

The Dutch Shepherd is a generally healthy dog, however, they can be diagnosed with hip dysplasia as they grow older. To prevent this, it’s important to work with a reliable veterinarian so he or she can administer physical examinations such as x-rays. With regular consultations, you can prevent illnesses that your dog can contract.

When it comes to grooming, the Dutch Shepherd requires regular combing, usually with a steel brush or a natural bristle brush. This will help remove dirt and loose hair. Regular bathing is also necessary, especially during warm weather. It helps prevent heat spots and heat stroke. Other than that, caring for a Dutch Shepherd is easy, provided you give them sufficient exercise and training. Usually, the cost of caring for this breed is $500 – $700 annually. But this can be reduced with proper diet and exercise.

These are only some of the unique traits of the Dutch Shepherd. If you think you can care for one, there’s no stopping you from getting one of the most loyal and protective dogs. What better way to enjoy life than to have a jack-of-all-trades as your companion?