Some dog owners have been ignorant of old concepts. The reason is that they have grown up sticking to what has been in existence for a long time.

Most of us know that raw meat has been a favorite meal for dogs over a long time. You may not be aware of the fact that dogs descended from wolves which have learned to hunt by themselves.

It is always recommended to be cautious of the kind of food you offer your dog. Some are always essential and possess high nutritional value. Other foods may prove to be dangerous, and they may force you to spend more money while trying to save your dog’s life. 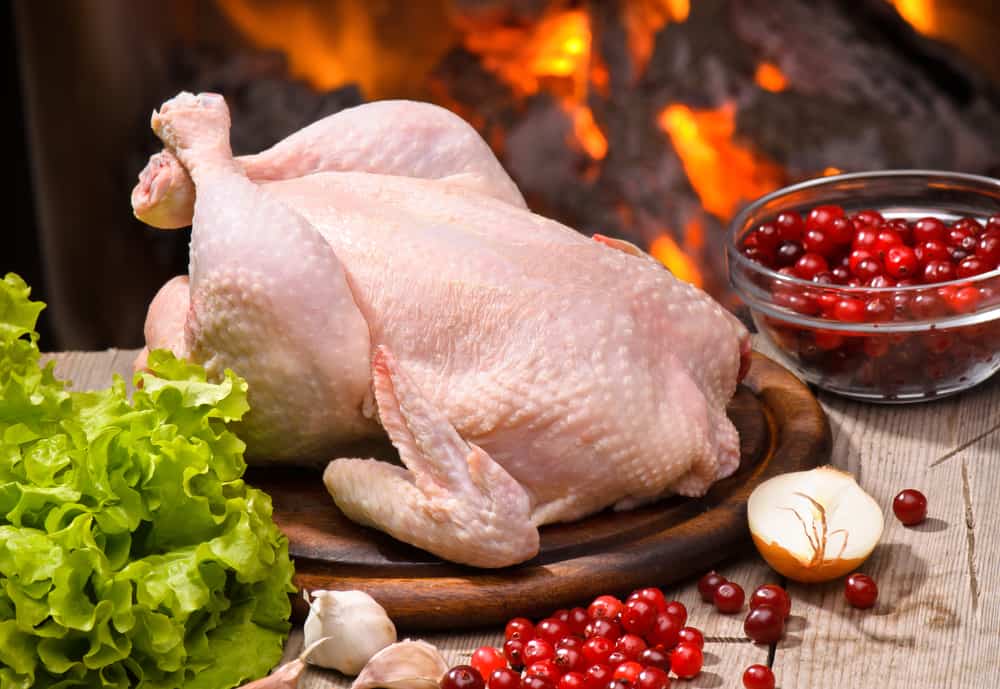 Take for example your dog was in the wild, and the only source of food was chicken. They would apparently eat it as it is part of the routine most canines have. Raw chicken bones are usually soft and easily chewable.

The bones are healthy and can be essential in your dog’s diet. It is different when you cook the chicken because the bones usually become brittle and may pose a danger to your pooch.

The entire parts of the chicken are important in fulfilling the nutritional needs of your dog. It provides beneficial nutrients in large quantities and is usually in the category of muscle meats.

There are other organs inside the chicken with components capable of improving your dog’s health. These parts include giblets and liver. The animal health experts usually recommend them and provide your dog with protein requirements.

The chicken feet are a primary source of essential properties that will improve your dog’s health. Chicken feet are known to have high concentrations of glucosamine which are vital to the joints of your dog. Raw chicken feet is safe for your pet and mostly perceived as a natural way of cleaning their gum line and teeth.

What Quantity of Raw Chicken Can I Feed My Dog?

The amount of raw chicken that you can feed your dog often depends on the size and breed. The activity level will also act as a viable factor in determining the appropriate quantity.

In case you have a small dog or puppy, you should feed small amounts of raw chicken and always be careful while monitoring them eat. The larger breeds always feed on high amounts and should also be watched carefully.

The right amount of food that you can give your dog will also depend on the rest of the diet and most probably their age.

The Dangers of Feeding Raw Chicken to Your Dog:

Other kinds of hazards may accrue when feeding your dog with raw chicken. Your dog may experience constipation when fed with large amounts of raw chicken.

Precautions should be taken during their feeding to ensure that they eat the food moderately. You can do this by feeding him only twice in a week.

Choking is another problem that your dog may experience. It often happens when you feed them smaller bones since they can swallow them without chewing. Not limited to raw chicken bones, other bones such as ham bones, rib bones, and turkey bones also need to feed in moderation to prevent the choking problem.

It is normal for dogs to be hungry and salivate for meat after long hours of starving. You won’t expect them to go easy on the food and in most cases, you will see them eating the raw chicken hungrily.

The small bones might choke him thus it is advisable to give them longer bones. Larger pieces of raw meat can also pose a danger, and you should avoid. Large bone marrow can also be harmful as it can injure your dog’s teeth when gnawing.

Bacteria is among the major factors that accrue when feeding your dogs with raw meat. Diseases causing bacteria include listeria and salmonella. It can be harmful to your dog when taken in large amounts.

However, it is important for you to know that dogs have an active immune system which can get rid of certain threats such as bacteria.

This video shows you how to feed your dog raw chicken properly:

Can dogs eat raw chicken? Yes, you can but you need to feed in moderation. Raw chicken is nutritious and offers several benefits to your dog. It has also been effective in improving their health by strengthening their teeth and bones. Significant measures should be taken to ensure that your pet does not suffer from bacteria.

You can store the fresh supplies of raw chicken in the freezer to get rid of the bacteria. The most preferred way to ensure your dog is safe from harm is buying frozen raw chicken. The nutritional components that your dog derives from eating raw chicken will be significant in improving their health.