When most people see this dog, their initial instinct is to run and hide. However, there’s nothing to be afraid of. Believe it or not, the Blue Nose Pitbull is one of the sweetest, brightest, and most caring dog men ever raised.

Aside from the Belgian Malinois and the German Shepherd, this dog variety has earned its spot in the K-9 unit. Blue Nose Pitbulls function as police dogs, rescue dogs, and search dogs. And they’ve done an amazing job keeping up with their responsibilities.

The Blue Nose Pitbull can live up to 15 years and is considered one of the most outstanding companion dogs. Although Pitbulls, in general, are stigmatized as aggressive dogs, the American Veterinary Medical Association believes that the cases in which they are associated with violence have to do with their handlers. But if they are cared for, people can see how significant they are in society. So, are all the rumors about their aggression true? 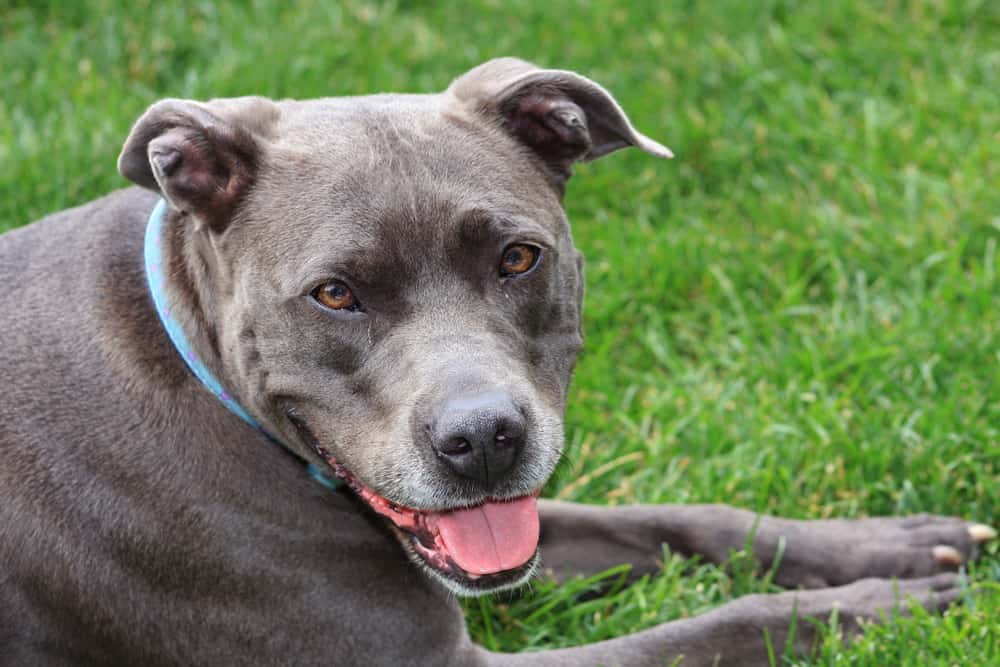 Handlers wanted to produce a dog variety that possesses the strength of the bulldog and the agility of the terrier. After many trials, the Pitbull was produced and was found outstanding in a variety of activities including fighting and hunting. Luckily, the British legislative introduced welfare laws that eliminated these blood sports.

As the 20th century emerged, people treated them more fairly—more as companions rather than club fighters. People started to raise them as catch-dogs for semi-wild cattle and hogs. Over time, they were trained for law enforcement.

People often commit the mistake of generalizing all Bull breeds like Pitbulls. But if you look closely, there are various breeds including the American Staffordshire Terrier, American Bully, French Bulldog, English Bulldog, and many more. The Blue Nose Pitbull is categorized as an American Pitbull Terrier (APBT) with a blue nose. Some of its nicknames include Bully or Pit. Other times, people call them the Blue-Nosed APBT.

Male Pitbulls can grow up to 53 cm in height and weigh from 30 to 66 lbs. Females, on the other hand, can grow up to 50 cm, weighing up to 50 lbs. Seeing how strong and agile they can be, it’s impossible to outrun and overpower these dogs.

This is why law enforcers prefer having Pitbulls by their side to scare criminals into turning themselves in or else, they unleash the Pitbull to catch them. By the thought of a Pitbull chasing after you, the safest way is to turn yourself in. You wouldn’t want a highly agile dog to catch you or else you’ll suffer the consequences. 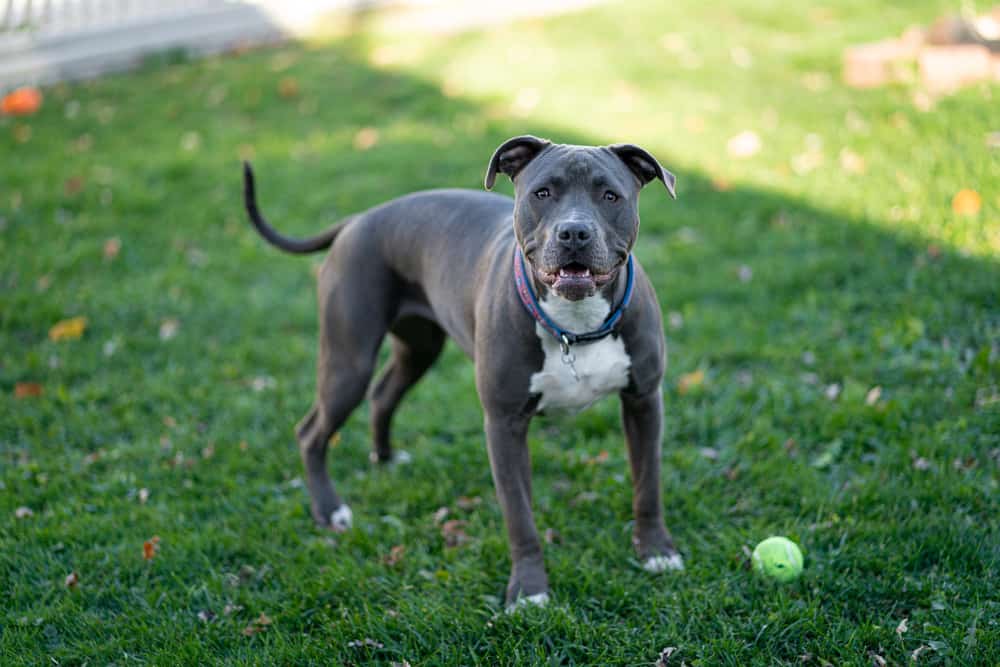 Blue Nose Pitbulls are one of the most sociable dogs ever! They can extend their friendliness to guests, neighbors, and strangers. It’s one of the reasons people love them around the house. Pitbulls emancipate positive and relaxing energy to their owners that makes them more lovable and cuddly. Their personality is also found conducive to healing for people with anxiety and depression.

If your Pitbull is raised in a loving and comfortable family, don’t expect them to be great watchdogs. They are happy and welcoming dogs. However, never attempt to harm their owners. That’s the time they retaliate and get aggressive towards the perpetrators.

If you want to adopt a Pitbull but already have dogs at home, introduce them slowly. Be sure to have them on a leash to avoid accidents. Over time, they get used to one another and become friends. With positive reinforcement, you can suppress the aggressive nature of your Pitbull to get along with other animals.

Blue Nose Pitbulls are highly sensitive to noise. If you live in a rowdy environment, the Pitbull may not be for you. They could develop aggression and hostility. If this is not suppressed, they could display negative behavior such as biting, barking, chewing, and digging. 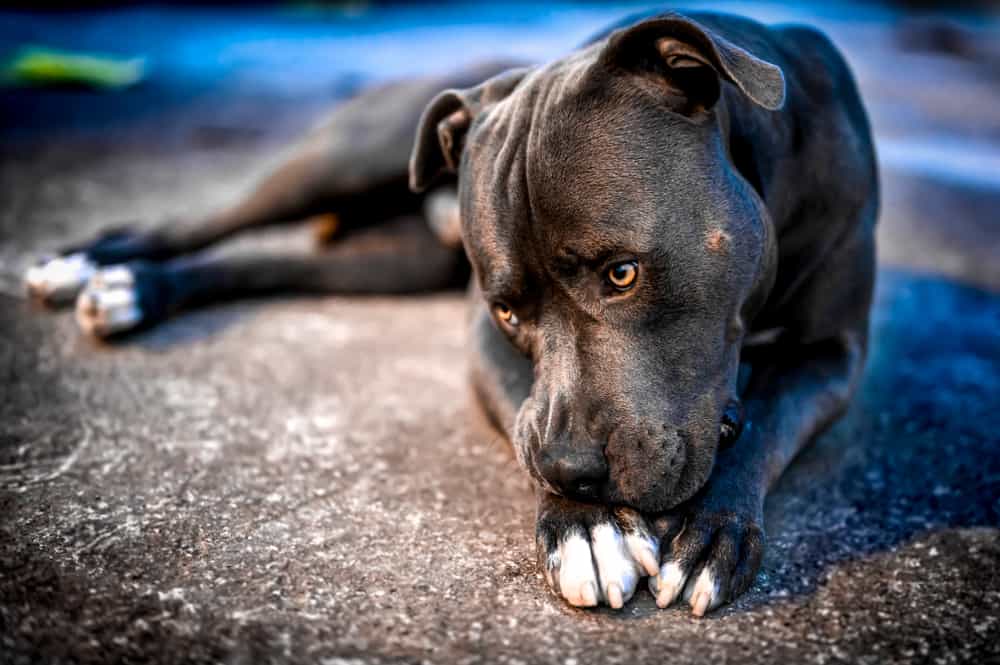 Without experience, it’s difficult to bring out the loving personality of Pitbulls. Due to their strong prey drive, these creatures need strenuous exercise. If you’re planning to have one, be willing to spend time and effort to give their needs. You could involve them in family activities. Play tug-of-war, play fetch, go for a run, and set up a pulley jump so they can practice their high jumping skills. You can also take them on hikes and swims. You’ll be surprised how outstanding their stamina is! But remember to do this regularly. Otherwise, they develop negative characteristics. 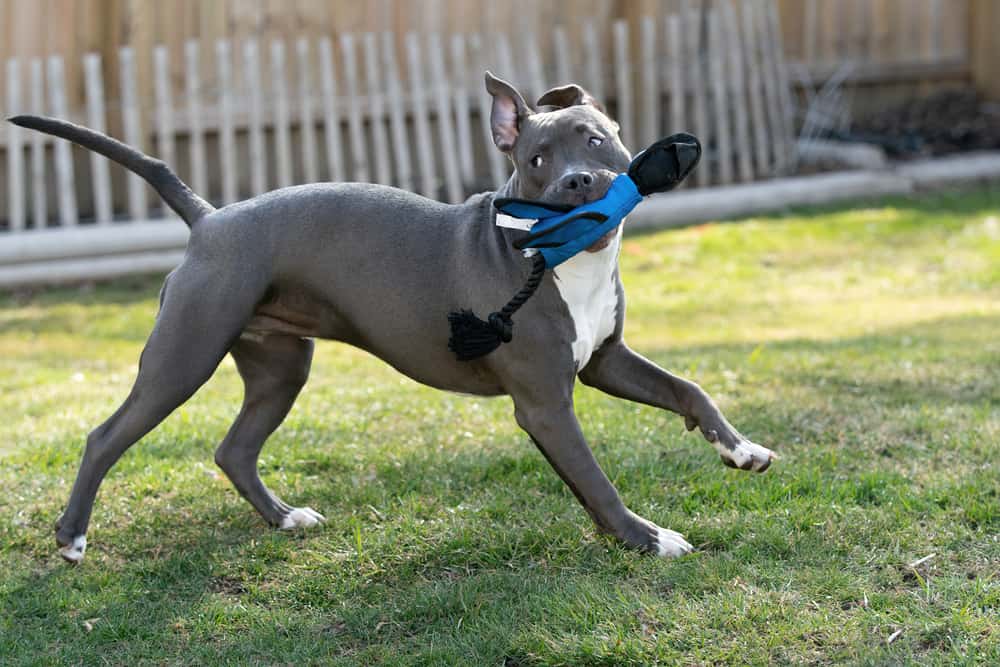 Did you know that Blue Nose Pitbulls are protective of children? They hate it when children cry or get hurt. They make it a habit to make the child happy. Plus, they’re more than willing to offer warm hugs and kisses. Parents even train Pitbulls as babysitters. They can assist children to walk and run. Also, they’re not sensitive to rugged child plays. If you want time off with your children, you can count on the Pitbull to care for them. Trust me when I say this, they will protect your child’s life with theirs.

Pitbulls make great companion dogs for people with Asthma and allergies because of their short hair. Unlike other dogs, hair maintenance for Pitbulls does not cause hassle. All they need is a regular bath to ward off ticks, fleas, and skin allergies. Don’t forget to check their nails as well. If they get too long, it could hurt their feet while walking and running.

Of course, the Pitbull also needs veterinary attention. If you’re planning to have one, have at least 500 to 1000 dollars for vaccinations, checkups, dog food, and emergency runs. Other than that, caring for them is no hassle as long as you help them spend their energy positively.

Now that you know the traits of the Blue Nose Pitbull, you realize how sweet and cuddly they are, provided they are properly socialized and trained. If you feel you’re ready to have one, go for it! Owning a Pitbull is an honor and a privilege. Knowing how to handle one means you offer patience, determination, and respect for the breed. As you get to know them, you’ll see how wonderful they are as pets, friends, comrades, and partners. What better way to spend your life than with a loyal and exciting companion?