When you see this dog, the traits that first gather your attention include their cuteness and liveliness. Once you get a hold of them, it’s almost impossible to resist their cuddliness.

This designer dog is getting more popular on the planet and with excellent reason! This dog is affectionate, adaptable, friendly, intelligent, and highly trainable. You don’t see this combination of traits in one small dog every day. But these aren’t’ the traits that make them an outstanding designer dog.

Today, let’s look into one of the rising stars of the dog world – the Maltipoo. Is your environment fit to cater to their needs? Tune in to find out. 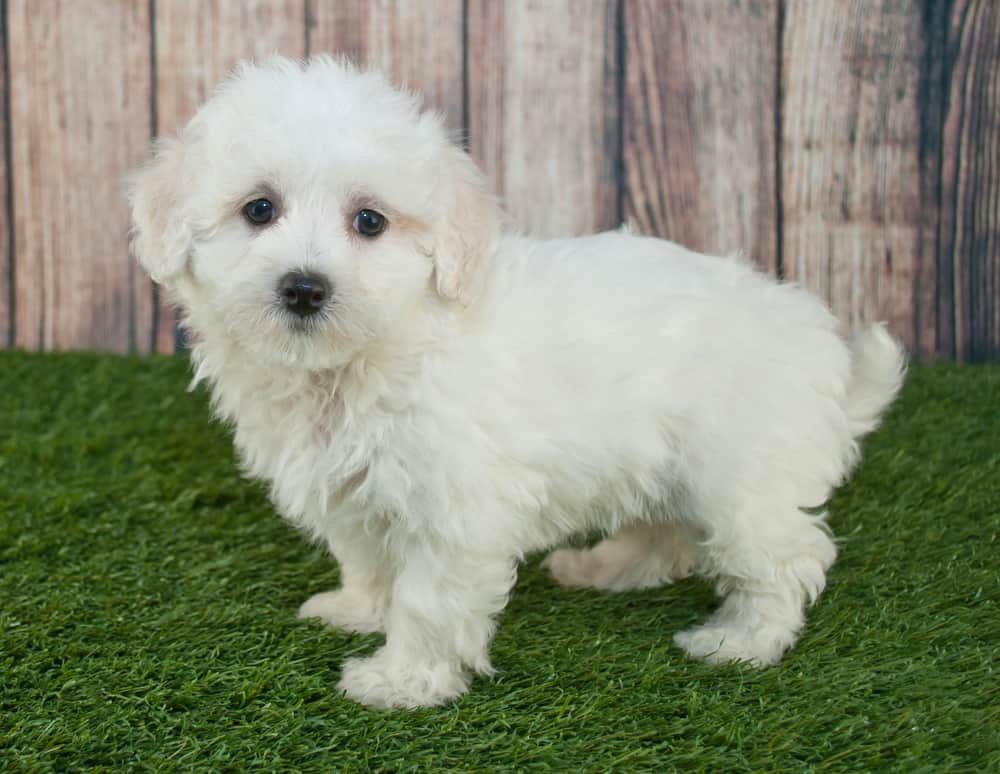 The Maltipoo dog is not considered a breed per se. It’s the combination of the Maltese and the Poodle, out of the need for the hypoallergenic coat of the Poodle and the personality of the Maltese.

No one has stepped up to claim the real origin of the breed. So, people rely on the combination of the histories of both breeds. The Maltese is one of the most ancient dog breeds to live on the planet. Its oldest records date back to 50 BC with references to both Ancient Greek and Roman literature.

The Poodle, on the other hand, has been around since the 15th Century. However, they only became popular in the 18th Century. The Poodle is the name given to three dog breeds, namely: the Toy, Miniature, and the Standard Poodle. Each can be used to breed with a Maltese but breeders prefer the toy or the miniature ones so that they can achieve a small size.

Seeing the history of the Maltipoo’s roots, we can infer that they’re the descendants of two of the oldest breeds on the planet. Although they’re still gaining popularity, it’s impossible not to love them once you see them.

The Maltipoo, also known as the Maltese Poodle is known by many names. It includes Malt-A-Poo, Moodle, Multipoo, Malt-oodles, and Multapoo. However, the latter names of the Maltipoo have disappeared as breeders and other enthusiasts refuse to use them.

Since Maltipoos are a cross between a Poodle and a Maltese, their size and weight could vary depending on their parents. Generally, Maltipoos grow up to 14 inches and can weigh up to 20 pounds. Plus, these creatures can live up to 15 years! Seeing their size and weight, wouldn’t it look amazing to have them as companion dogs? You can carry them around like living stuffed toys so you can enjoy wonderful journeys together. 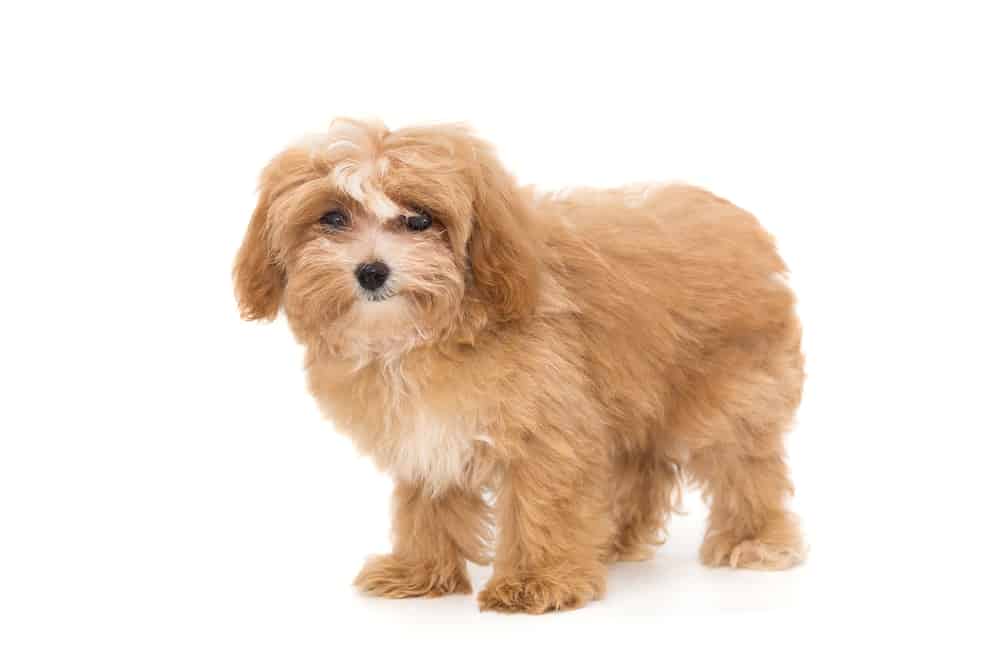 Generally, the Maltipoo breed is outgoing, active, and friendly. They enjoy going on walks and playing with their owners. The positive traits of a Maltipoo, including their gentle and loving nature, can be fostered through positive reinforcement techniques such as rewarding them with treats when they do a great job. It also includes praising them and hugging them when they follow your orders.

However, don’t make the mistake of casually giving them treats. The Maltipoo is prone to a personality issue called the small dog syndrome. It’s a human-induced behavioral issue that makes them feel that they are the boss. If your Maltipoo develops this syndrome, it will start becoming a picky eater. It will display negative traits such as obsessive barking, and chewing of accessories. Plus, they can be overly jealous. This is why you have to reinforce a positive attitude as early as possible. 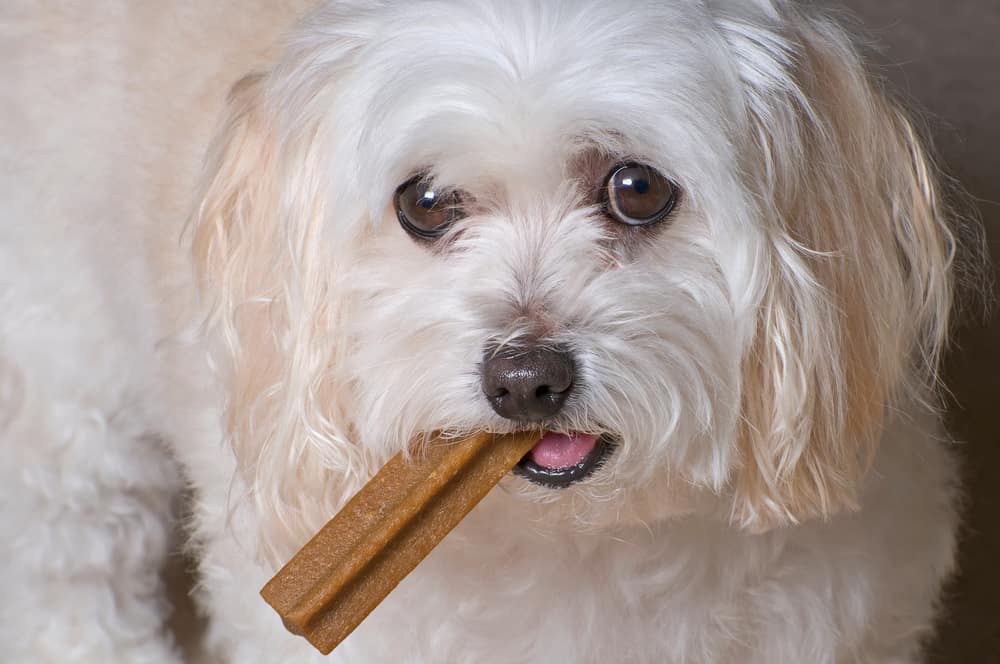 The Maltipoo breed doesn’t like being around rowdy animals much. They hate it when other dogs get too playful around them, to the point that their hair gets pulled or they get pushed to a corner.

Handlers believe that a Maltipoo has a higher chance of getting along with other dogs if they’ve lived together for at least 4 months. So, if you’re planning to have a Maltipoo at home, but have overly playful dogs, don’t leave them home alone. One could become more aggressive and hurt the other.

Since these dogs are a mix between the Poodle and the Maltese, their temperament can be unpredictable. Some might possess the activeness of the poodle or the docile nature of the Maltese.

But if you want to foster both, you can raise them to possess all of these traits. All it takes is training and socialization. With consistency in handling this dog, you can raise loving, patient, and charming companions. 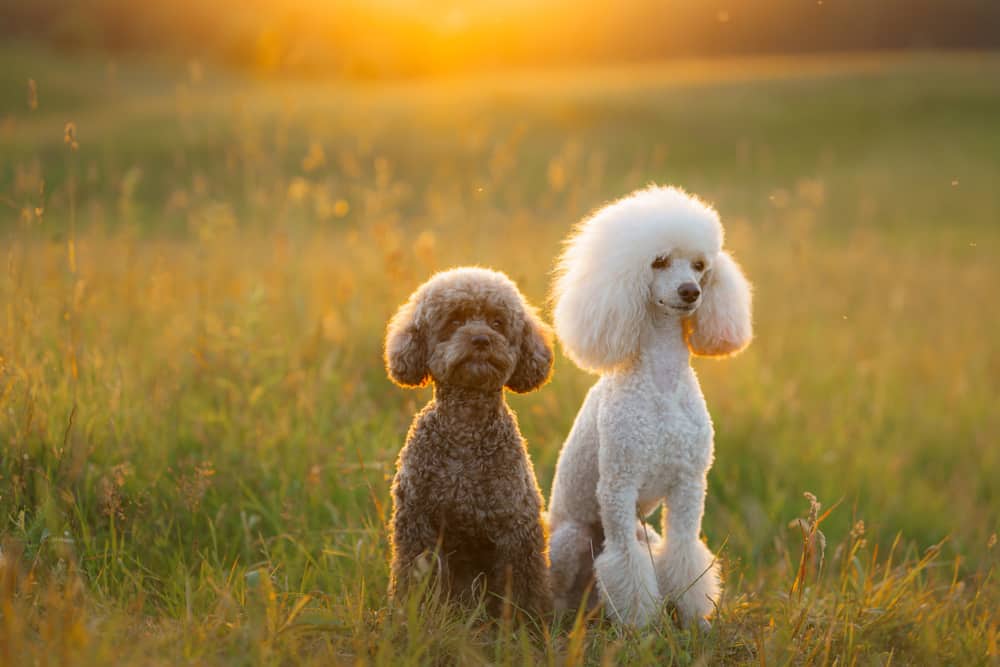 When it comes to being a great family pet, the Maltipoo is ideal for big and small families. They are very charismatic and intelligent that can thrive in any environment. Even if you live inside an apartment without a backyard, they can easily adjust to this living setup. However, if you were to care for a Maltipoo, make sure you give them their exercise needs. A short walk in the neighborhood shouldn’t put a dent in your busy schedule. 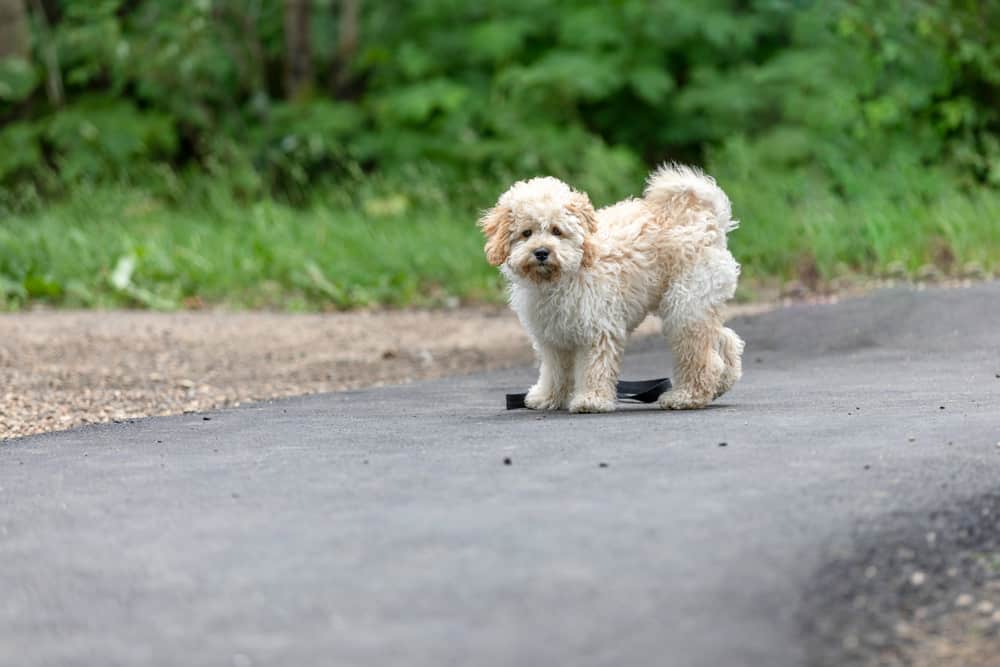 Without proper socialization, the Maltipoo is not as easygoing and playful around children. They don’t like it when their hair gets pulled or when they get subject to rough play.

Before you let your dog hang out with your children, you have to let the Maltipoo adjust to the behavior of the child first. Conversely, instruct your children not to taunt the dog by pulling its hair or its tail. It might get aggressive.

Despite having a low shedding potential, the Maltipoo breed needs more time for its coat. Regular grooming is necessary to keep their fur healthy and tangle-free. It’s also important to focus on the hair around their eyes that could potentially poke them. Without intervention, it could affect their vision in the long run.

Experts believe that the Maltipoo is prone to periodontal disease. So, brush their teeth regularly with a vet-approved brush and toothpaste to maintain dental health.

Like any other dog, the Maltipoo breed needs regular visits to the vet for checkups, vaccination, and consultations. This helps ensure the prevention of common dog illnesses such as kennel cough and heartworm. In addition, the vet can recommend a proper diet for the dog. This keeps them healthy and happy companions. If you plan to have a Maltipoo, have at least $8000 – $900 for their food, vet visits, and other needs.

There you have it! Not only is the Maltipoo breed gentle and affectionate, but they are also intelligent and highly trainable. If you’re planning to have a dog, make sure you can offer your time and effort to cater to their physical, emotional, and psychological needs.

Do you think you can handle a Maltipoo? If so, there’s no stopping from having one of the most loving designer breeds on Earth.