Can see the long, widely spaced and coarse hair that grows around your dog’s muzzle? These are whiskers. But the question is, why do dogs have whiskers?

Whiskers are extremely sensitive and finely tuned sensory structure scientifically referred to as vibrissae. Many animals also have whiskers. The hairs are not only there for the purpose of enhancing the dog’s appearance. Whiskers serve a particularly essential function. Whiskers are sensitive organs of touch which can be compared to the fingertips of humans.

People usually call these rather sparse but long hairs which grow on the upper lip, on the chin and on the side of the nose whiskers. However, did you know that these whiskers are not just found on the muzzle area of dogs but can also be found on their forehead?

The hairs you see on top of the eyes of your dog are also known as whiskers even though these hairs are often much shorter compared to the ones which grow on the muzzle. Also, whiskers are the very first hairs which puppies grow. Aside from the size, whiskers are almost similar with ordinary hair. Whiskers are over twice as large as the normal hair. In addition, the roots have been embedded three times much deeper.

Why Do Dogs Have Whiskers? What Are Whiskers For? 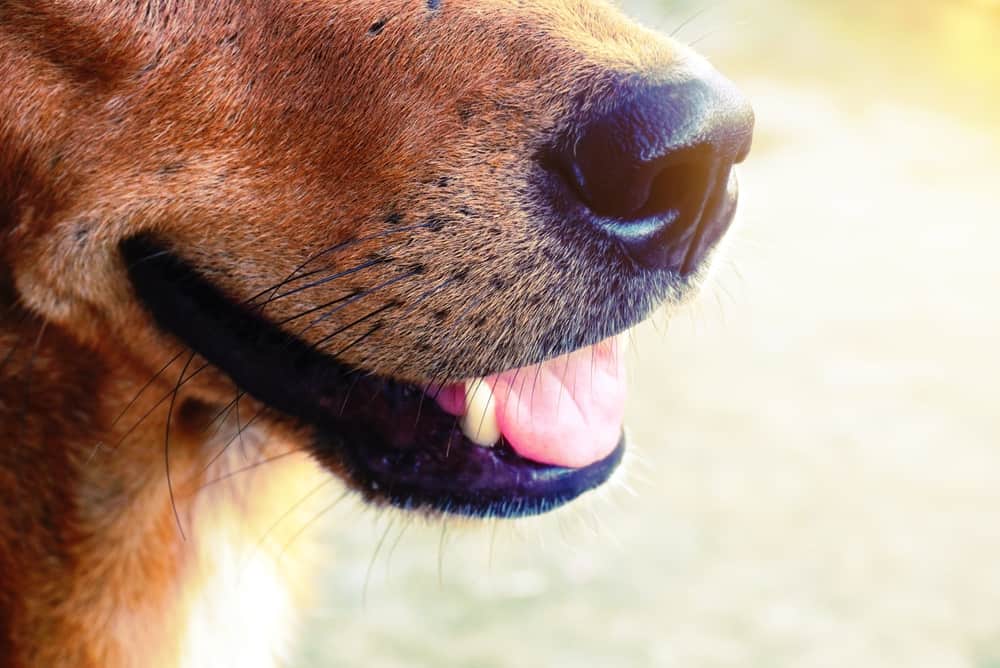 A whisker’s root is set in the middle of a network of tiny nerves. The rich supply of nerve in the follicle is responsible for making the whiskers an intricate receptor. These extremely sensitive tactile hairs acquire vibrations in air currents then send messages to the brain. Through this, the dog senses the presence of objects or predators in their way.

Whiskers can also be equated with the eyelashes. These two send messages to the brain, making the dog shut its eyes automatically once the whiskers have been brushed against objects. It serves as the eyes’ protection from being harmed.

If you want to know why do dogs have whiskers, these also act as a form of antenna which tells the dog all sorts of information. This is a great navigation tool which is specifically useful when dogs forage at night and it is hard for them to see.

Dogs as well as other animals, manage to feel their way around even in the dark with the help of whiskers. Whiskers inform dogs about their surroundings. Dog whiskers are regarded as a crucial hunting tool, too. It is not a secret that dogs have an excellent sense of smell yet these extremely sensitive hairs help them I detecting prey even several meters away.

Dogs are animals that can be considered as diggers. They can track and follow their prey in their burrows. It is the whiskers which let the dog know if an opening is big enough for him to get through. Scientists also share the belief that whiskers are great indicators of mood which are purportedly used by dogs to frighten and subdue predators.

Indeed, whiskers are not there just for the purpose of being there. The reason why do dogs have whiskers is always a matter of survival.

This dog moves his whisker, his owner filmed and named it dog whisker exercise: