Cesar Millan became an overnight sensation in 2004 when the first episode of The Dog Whisperer piloted. The show aired on National Geographic and became one of the most-watched shows on the channel. Millan’s life is the ultimate American Dream. His journey to fame and riches was a roller coaster of failures, triumphs, happiness, and heartaches. Do you want to hear the amazing and inspirational story of Cesar Millan?

Journey of Cesar Millan to Becoming the Famous “Dog Whisperer”

The Beginning Of An Ambition

Cesar Felipe Millan Favela was born in Culiacan, Sinaloa, Mexico on August 26, 1969. They lived a provincial life on a farm where his grandfather worked as a tenant. It was here that Cesar became accustomed to working with farm animals including dogs. At a young age, it was clear that he had a natural way of bonding with dogs. In a later interview, he claimed that he was bullied because he was a walking dog magnet. Apparently, dogs followed him everywhere. The other kids called him El Perrero which translates to dog warden or dog herder.

The teasing made him socially awkward around kids his age. Cesar felt alienated and he sought comfort in the paws of his furry friends. He dreamed of one day becoming a world-famous dog trainer. His mother was very supportive of this dream. She told young Cesar he could be whatever he wanted to be, he just had to work for it.

The Pursuit Of  The American Dream

Cesar’s childhood vision did not change. When he turned 21, he decided to take a gamble and chase after his dreams. He told his family he was going to America and to become the best dog trainer. His father did not like the idea but Cesar could not be dissuaded.

A determined Cesar made his way to the Mexican border where he found a hole guarded by a man. He paid the man $100 to let him through. He was ecstatic to finally be in America. But he had no money, no friends, and no family. Unable to speak English, Cesar spent the first few weeks sleeping on the streets and begging for food and money to survive.

Cesar’s determination did not waver. He slowly learned some English and eventually got a job as a dog groomer. His impressive talent with calming aggressive dogs impressed his bosses. To earn more, Cesar decided to part-time as a dog walker. He started to get noticed by people because of his unusual technique of walking a large group of dogs without a leash.

Soon Cesar’s dog walking business grew and he was able to establish his Dog Psychology Center in South Central Los Angeles. He worked with rehabilitating unruly dogs and rescuing them from euthanasia. His unconventional methods attracted high profile clients and media attention.

In 2002, Cesar Millan was featured in Los Angeles Times in an article entitled Redeeming Rover. This jump-started his career in Hollywood. Cesar was invited to host the newly created reality TV show, Dog Whisperer. The show became a hit and continued on for 4 seasons. It earned an Emmy Nomination for Outstanding Reality Program twice and Cesar Millan became a household name. 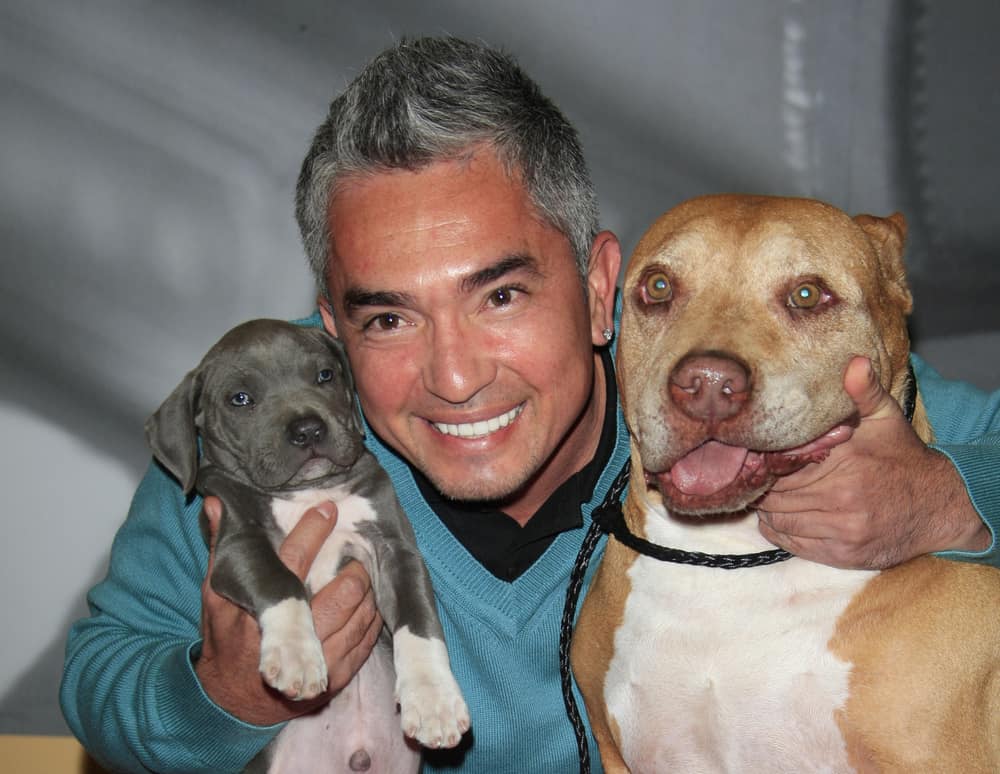 Everything seemed to be working out for Cesar when suddenly the roller coaster he was in plummeted down. He faced several lawsuits and investigations. He was accused of supposedly using cruel and inhumane techniques in handlings dogs. And while the charges were dropped, he became a target of harsh criticism and online bashing. To add to this, his wife divorced him, and his American pit bull sidekick, the Daddy, died. During the process of divorce, Cesar discovered that he had made several bad business decisions that left him broke.

Cesar felt his life falling apart. He became depressed. In May 2010, he popped a bottle of pills and tried to kill himself. Fortunately, his sons found him. He was taken to the hospital and treated on time.

Cesar regained his fighting spirit. After his near-death experience, he refused to take antidepressants. He chose a more natural approach to healing. He combined good exercise and diet, patched up his relationship with his sons, and immersed himself in his work.

Cesar has since rebounded back from his major setback. He produced the new show Cesar 911 and has recently performed a one-man show at the MGM Grand in Las Vegas. His net worth is now estimated to be around 25$ million. Not only did he regain his fortune, but he has also found the one that completes his pack. After a six-year relationship, he finally proposed to Jahira Dar.

A reporter once asked Cesar what he thinks makes a man wise in life. Cesar answered that it is not the successes but rather it is going down and coming back up. Cesar Millan’s life story was certainly like a classic Disney tale of a poor boy who overcame unlucky odds and triumphed in the end.

There you have it. Sir Millan is indeed an inspiration to many. One could only imagine his hardships as he strived to pursue his dreams. But these experiences are the factors that built him to achieve his dream. This gives people a valuable lesson to keep persevering despite the setbacks caused by this world’s cruelty.